Achondroplasia occurs as a sporadic mutation in approximately 85% of cases (associated with advanced paternal age) or may be inherited in an autosomal dominant genetic disorder that is a common cause of dwarfism. Achondroplasia may be inherited as an autosomal dominant trait, which means that if a child gets the defective gene from one parent, the child will have the disorder. If one parent has achondroplasia, the infant has a 50% chance of inheriting the disorder. If both parents have the condition, the infant’s chances of being affected increase to 75%.

Achondroplasia is one of the oldest known birth defects. The frequency of achondroplasia is estimated to range from about 1 in 10,000 births in Latin America to about 12 in 77,000 in Denmark. An average figure worldwide is approximately 1 in 25,000 births.Achondroplasia is a bone-growth disorder responsible for 70% of dwarfism cases.

There is no specific treatment for achondroplasia. Related abnormalities, including spinal stenosis and spinal cord compression, should be treated when they cause problems. 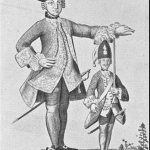