In 1910, Thomas Edison’s silent film company created a 20-minute adaptation of the story of Frankenstein. His monster was played by Charles Stanton Ogle. He was wrapped in rags, had exaggeratedly pointed feet and fingers, a wild wig of hair, and boldly open eyes and eyebrows painted in lines reminiscent of a kabuki actor.

Since Karloff’s portrayal, the creature almost always appears as a towering, gruesome figure, often with a flat square-shaped head and bolts to serve as electrical connectors or grotesque electrodes on his neck. He wears a dark suit having shortened coat sleeves and thick, heavy boots, causing him to walk with an awkward, stiff-legged, crude gait (as opposed to the novel, in which he is described as very flexible and much faster than a mortal). This image has been used as the basis for several other fictional characters.

In the 2004 film Van Helsing, the monster is shown in a rather somewhat modernized version of the Karloff design. He is 8 to 9 feet tall, has square bald head, gruesome scars, and pale blue skin. The electricity is emphasized with one electrified crystal in the back of his head and another over his heart.

In the British/American horror series Penny Dreadful which ends in 2016, the monster and his creator are even more ambiguous. The show got its name from the so-called penny dreadfuls – cheap leaflets containing sensational, gruesome stories and illustrations that were popular in 19th century England. 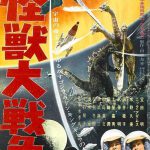