In Slavic folklore, Baba Yaga (Russian: Ба́ба-Яга́) , also spelled Baba Jaga, is a witch or an ogress who steals, cooks, and eats her victims, usually children. She is also seen as a forest spirit, sometimes in three persons (sisters). Stories about Baba Yaga have been used in teaching children the importance of reverence for the delicacy of nature and the spirit world. They were also used by worried parents in an attempt to frighten children from wondering far from home.

The name of Baba Yaga is composed of two elements. Baba (originally a child’s word for Babushka) means an “older or married woman of lower social class,” or simply “grandmother” in most Slavic languages. Yaga is a diminutive form of the Slavic name Jadwiga: (Jaga/Jagusia/Jadzia), although some etymologists conjecture other roots for the word. For example, Vasmer mentions the Proto-Slavic ęgа. The name differs within the various Slavic languages. “Baba Yaga” is spelled “Baba Jaga” in Polish and as “Ježibaba” in Czech and Slovak. In Slovene, the words are reversed, producing Jaga Baba. The Russian is Бáба-Ягá; Bulgarian uses Баба Яга and Ukrainian, Баба Яґа.
In South Slavic languages and traditions, there is a similar old witch: Baba Roga (Croatian and Bosnian), and a Cyrillic equivalent, Баба Рога in Macedonian and Serbian. The word Roga implies that she has horns.

In Russian tales, Baba Yaga is portrayed as a hag who flies through the air in a mortar, using the pestle as a rudder and sweeping away the tracks behind her with a broom made out of silver birch. She lives in a log cabin that moves around on a pair of dancing chicken legs. The keyhole to her front door is a mouth filled with sharp teeth; the fence outside is made with human bones with skulls on top—often with one pole lacking its skull, leaving a place where she can threaten to place the hero’s skull after eating them. In another legend, the house does not reveal the door until it is told a magical phrase, “Turn your back to the forest, your front to me.”

In some tales, her house is connected with three riders: One in white, riding a white horse with white harness, who is Day; a red rider, who is the Sun; and one in black, who is Night. She is served by invisible servants inside the house. She will explain about the riders if asked, but may kill a visitor who inquires about the servants.

Across folklore and within single tales, Baba Yaga shifts between a maternal helper and a cannibalistic villain. She’s well-known as a frightening witch, but Baba Yaga is also an ancient and complex manifestation of origin myths and shifting cultural anxieties. In some accounts, she is a manifestation of winter or storms; in others, she’s a goddess akin to Persephone.

Baba Yaga’s legacy is derived from several Eastern European cultural groups and her character differs depending on who tells it. Baba Yaga is sometimes shown as an antagonist, and sometimes as a source of guidance; there are stories where she helps people with their quests, and stories in which she kidnaps children and threatens to eat them. Seeking out her aid is usually portrayed as a dangerous act. An emphasis is placed on the need for proper preparation and purity of spirit, as well as polite manners.

According to Vladimir Propp’s folktale morphology, Baba Yaga commonly appears as a donor, as a villain, or may be altogether ambiguous. Her depictions vary greatly across tales, ranging from a child-eating monster, to helping a protagonist find his missing bride.

In the tale of Vasilisa the Beautiful, arguably the most famous story in which Baba Yaga appears, Baba acts as trickster, villain, and savior, ultimately helping Vasilisa to rid her of her stepfamily, albeit through shockingly violent and roundabout means. Unlike the traditional godmother figure, Baba is outside the bounds of morality, and her aid often comes in menacing forms. Similarly, Prince Ivan, in The Death of Koschei the Deathless, is aided against her by animals whom he has spared.

In another version of the Vasilissa story recorded by Alexander Afanasyev, Vasilissa is given three impossible tasks that she solves using a magic doll given to her by her mother.

In some fairy tales, such as The Feather of Finist the Falcon, the hero meets not with one but three Baba Yagas. Such figures are usually benevolent, giving the hero advice, or magical presents, or both.

Baba’s ambiguousness, according to the folklorist Joanna Hubbs, is directly connected to her femininity, and her feminity to the natural world. As Andreas Johns, the author of a number of seminal books about the crone, including Baba Yaga: The Ambiguous Mother and Witch of the Russian Folklore, writes, “Hubbs … discusses Baba Yaga as an aspect of a great mother goddess, whose dual nature as genetrix and cannibal witch reflects a ‘fundamental paradox of nature.'” In some ways, she’s an “earth mother” figure; in others, she’s closely associated with death.

From ancient Russia to her online fans today, it’s Baba Yaga’s ability to live physically and morally outside of the bounds of society, and within the bounds of paradox, that makes her such a compelling and powerful figure. According to Johns, feminist analysis of folklore often positions these tales as products of a patriarchal society, reflections of the male point of view. In some ways, Baba’s paradoxical nature both refutes and confirms this reading. She’s mercurial and dangerous, which could be seen as a a reflection of men’s fear of the sexual power of women.

But she’s also a reflection of the awe-inspiring power of Mother Nature, a complicated figure who’s celebrated for her refusal to be tamed. Many of Baba Yaga’s fans playfully call her a feminist icon. Taisia Kitaiskaia, the writer behind Ask Baba Yaga, admits she sees Baba Yaga as an aspirational figure. “That image of an old woman living in the woods, doing whatever she wants all day long, continues to be my dream for myself,” she says. Like other witches, deistic Baba is agent of transformation, who, according to Kitaiskaia, exists “kind of outside of the things which constrain human society, like time and morality.” 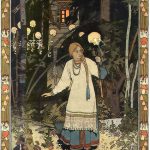 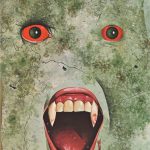