Bernard Heuvelmans was a Belgian-French scientist, explorer, researcher, and a writer probably best known as “the father of cryptozoology”. His 1958 book, On the Track of Unknown Animals (originally published in French in 1955 as Sur la Piste des Bêtes Ignorées) is often regarded as one of the best and most influential cryptozoological works.

The inventor of cryptozoology, Bernard Heuvelmans has made an autopsy of the Minnesota Iceman  naming it as the new species Homo pongoides, then in the possession of a road-traveling circus exhibitor.  the Minnesota Iceman  was  a sort of missing link that was captured and transported in a block of ice. Unfortunately, the specimen disappeared in 1968. Fortean Times pretends to have interviewed the owner of the relic in 1996.

In 1982 he helped to found the International Society of Cryptozoology, and served as its first president. He was also the first president of the Centre for Fortean Zoology. In 1999 he donated over 50,000 documents, photos, and specimens to the Museum of Zoology in Lausanne, Switzerland. 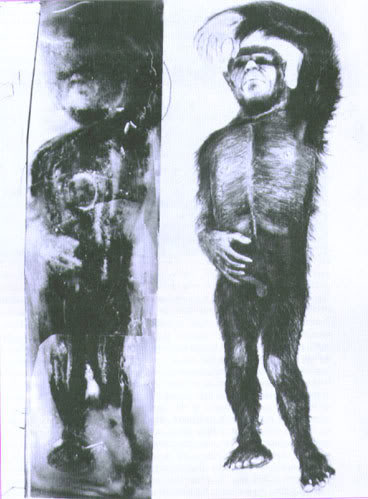 “In the 1950s, I was an angry young zoologist, indignant at the ostracism imposed by official science – we would say today the scientific Establishment – on those animals known only through the reports of isolated travellers, or through often fantastic native legends, or from simple but mysterious footprints, or the recital of sometimes bloody depredations, or through traditional images, or even a few ambiguous photos. Instances of this sort were, in fact, quite numerous.

These were attested to by files, often quite thick, which in general gathered dust at the bottom of drawers or, at the most, were considered as ‘amusing curiosities’. It would have been much better to term them ‘the secret archives of zoology’, or even, since they were in some way shameful in the eyes of correct thinkers, ‘the Hades of zoological literature’. It had in fact been decreed on high and, moreover, in a totally arbitrary fashion, that only those species for which there existed a representative specimen, duly registered in some institution, or at the least an identifiable fragment of a specimen, could be admitted into zoological catalogues. Lacking this, they were banned from the Animal Kingdom, and zoologists were morally constrained to speak of them only with an exasperated shrug of the shoulder or a mocking smile.
To propose devoting a profound study to sea-serpents, the Abominable Snowman, the Loch Ness monster, or to all such-like, amounted to straightforward provocation. Furthermore, no scientific publication would have accepted it for printing unless, of course, it ended with the conclusion that the being in question was the result of popular imagination, founded on some misapprehension, or the product of a hoax.

As for myself, however, in spite of my status as professional zoologist and my university degrees, I dreamed of delivering all of those condemned beasts from the ghetto in which they had so unjustly been confined, and to bring them to be received into the fold of zoology.” 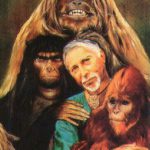