Bigfoot’s powerful set of defense mechanisms offers it a natural advantage in the face of this adversity. Some Russian eyewitnesses say that it has the ability to influence people, filling them with an unusual fear just short of complete paralysis. Bykova was convinced that this stemmed from a form of "ancestral memory" that binds humans’ nocturnal fears to notions of Bigfoot. 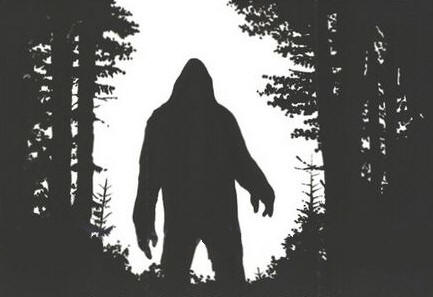 The most stunning property attributed to Bigfoot is his ability to disappear and appear suddenly, as if "dissolving" into thin air. This unusual property has led to various, sometimes fantastic hypotheses of Bigfoot’s origin. Some tend to look for its tracks in other dimensions, while others connect its appearance with UFO activity.

Many elder Indian people have been reported telling that Bigfoot knows when humans are searching for him and that he chooses when and to whom to make an appearance. They also pretend that his psychic powers account for his ability to elude the white man’s efforts to capture him or hunt him down.

Tibetan "red-hatted" monks say that the "yeti" possesses control over its will or, to be more specific, it can stop the activity of its brain specially to become invisible. Monks themselves practice this mantra as a necessary part of their gradual perfection.
The "red-hatted" monks believe that Bigfoot is the only creature on Earth that has preserved the ability to dissolve and become completely invisible to those around it. The monks say that Europeans have often sighted it, observed Bigfoot as a real object, and even followed it. Each time they were left disappointed as Bigfoot vanished into thin air.

Maya Bykova, a russian scientist and explorer, coined a term for the phenomenon of Bigfoot’s sudden disappearances: the creature "camouflages its biofield" to become invisible. This phenomenon has been noted in Bigfoot encounters in the Himalayas (although, Bykova noted, the creature knows no limits and can be encountered on all five continents).

Professor Porshnev in his 1974 book “About Early Human History” has tried to bound the phenomenon of invisibility. Excessive psychic, nervous or physical strain can trigger spontaneous natural autotraining that leads to a lethargic state. This does not produce complete physical disappearance, but invisibility vis-a-vis the observer.

Professor Porshnev concluded that humans have lost this and similar abilities as a result of the increasing complexity of the human psyche. In the course of evolution the humans have gained much, including speech, but have lost something at a certain stage of our evolution, too.
Bigfoot, who has not attained the capacity for speech, may be a creature parallel to homo sapiens, our genetic companion, but with supernatural powers that enable him to remain on Earth like Adam in Eden.