To be deviant, at least in a literal sense, means that one does not fit into a social norm, whatever that social norm may be. The label of deviance tends to be applied in the real or imagined presence of a threat. The apparent transgression of the natural order embodies by the freaks constitutes a threat to static categories of our society: beliefs, values and culture.

In Labeling Women Deviant: Gender, Stigma and Social Control, Edwin Shur notes that "deviance is a designation, a way of characterizing behavior." He argues that "deviance" as a category does not exist in isolation, but is rather given meaning within a particular context. In other words, deviance, like gender, is socially constructed. The usual freaks display monstrous traits and are then considered as a threat to the values of youth, beauty and sanity that are the pillars of our consumer society. In another category, female bodybuilders by displaying strong and muscled bodies are a threat to boundaries of gender. 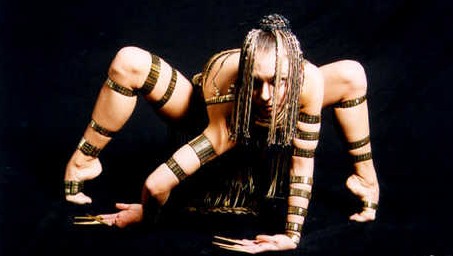 Suad Joseph writes: "All boundaries and categories are sites of struggle… Boundary making is about difference making for the purpose of empowering or disempowering." Historically, many subordinated groups of people have been labeled as "deviant" by the dominant groups or institutions. Generally "deviance" is not defined within an egalitarian relationship; instead, the process of naming deviance exists as part of a hierarchy of power relations. By parking such  individuals in deviance categories, the general opinion put them apart from the rest of humanity and try to give them enough rationality to allay the fear they provoke. Within the hierarchy of power relations defining the normal and the deviant, "[i]t is the perception of a threat… that triggers the efforts at systematic devaluation." Stigmatizing something or someone as deviant is an attempt to limit the power of the offending party.

In addition, "deviance" requires a definition of "normality" to make any sense at all, as well as a demarcation of boundaries between the two. Joseph notes: "Most societies normalize and naturalize these imagined boundaries,". What is deviant does not exist in a kind of ahistorical, asocial, static way but is rather inseparable from the cultural and social context in which it operates. Deviance and normality are not absolute and autonomous categories but antagonists in a perpetual struggle. 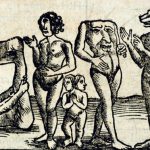