Origin : The term was originally used to describe the substance that oozed from spirit mediums during a séance from days gone by. It is now associated and referred to as a mist or fog, and it usually displays a swirl effect within a vaporous cloud.

Description : cloudy and vaporous fog (with long swirls) usually of gray or white colors which sometimes takes the form of a human body or a  part of it. It normally appears several feet off the ground and can linger or travel quickly at will. It’s usual colors are gray, white or black but has also been seen and photographed in several other colors. Ecto has been caught on both video & all types of cameras. It’s important to note however, that a camera can inadvertently create this effect artificially in cold weather by a person exhaling to close to the lens when taking the picture. The exhaled breath looks similar to ectoplasm but without the swirls.

Location : generally spotted outdoors and most particularly at cemeteries and historical places.

Theory : supposed to be the spectral body of visiting spirits

Probability : 2/10  -The most photographed anomalies caught on film by ghost hunters can be atmospheric phenomenon or easily counterfeited 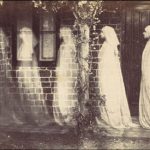 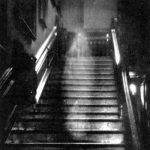 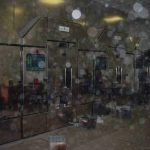