The business of Embryologist Etienne Wolff, of Paris’ College de France, is to make monsters. His principal items of equipment are an X-ray machine, a few delicate instruments and an incubator stocked with fertile hens’ eggs. The results are enshrined along the walls of his spotless laboratory in row upon row of glass jars filled with alcohol. The jars contain hundreds of monstrous chicks—chicks with one eye or three eyes or no eye at all, with four legs or three legs or two legs fused into one. There are two-headed chicks and three-headed chicks. Professor Wolff created them all deliberately.

One way to make a monster, says Dr. Wolff, is to subject an embryo to violent changes of temperature or to inject it with drugs or chemicals. But this system gives the experimenter no control over the monstrosities that it produces. Much better, he thinks, are delicate operations on the embryo, either with X rays or microsurgical instruments. 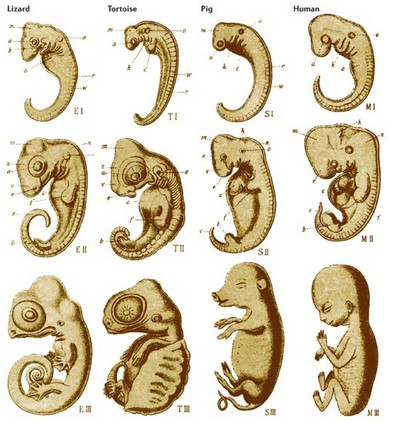 Dr. Wolff can make guinea pig, monkey or cow embryos develop into monsters, but since the technique required with mammals is rather complicated, he now works almost entirely with hens’ eggs. He cuts a hole in the shell and exposes the embryo, which in fresh-laid eggs is about as big as the head of a pin. Even at this early stage he knows what parts will develop into the head, wings or legs. By damaging the proper cells with a hair-thin beam of X rays, he can make the chick into a Cyclops. He can prevent wings from growing, or he can make the legs fuse together into a kind of tail.

To make a two-headed monster, Dr. Wolff lets the embryo develop normally for two or three days. Then he makes a microscopic slice in the part that will grow into the chick’s head. Three-headed monsters can be made in this way. So can four-legged or four-winged chicks.

Most of the unnatural chicks live to the hatching point, and some of the simpler ones may live longer. But Dr. Wolff is not interested in raising circus attractions. The purpose of experimental teratology, he says, is to learn why and how monsters develop so that the processes can be reversed. Explains Dr.Wolff: "A train passes too quickly for us to find out anything about it while it is moving. To derail the train is a violent method, but this gives us a chance to study parts of the mechanism."

He hopes that his tortured eggs will teach physicians how to counteract prenatal infections which sometimes result in the birth of defective children. As the world moves deeper into the atomic age, there is increasing danger to human embryos from radiation. Dr. Wolff’s experiments may lead to discoveries which will minimize the effects of such radiation on generations yet unborn.