Description: a non-conscious system physically different from but functionally isomorphic to a normal human (absent qualia). For example, a system with silicon chips instead of neurons like the robot of Terminator (1985).

Some researchers use the logical possibility of such a functional zombie to argue against functionalist theories of consciousness, which postulate that consciousness equals functioning.

The other related idea, the zombie within, has recently been studied extensively in psychology and neuroscience. A great deal of human activity—perception, memory, learning—can be accomplished unconsciously.

Some have argued that there are major neural pathways devoted to unconscious processing of visual inputs, which leads directly to motor action and physical reaction. These postulations have led some philosophers to suggest that each of us contains a “zombie within” that unconsciously produces many of our motor response, without our even knowing it. 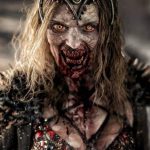