Medical studies have proven that when certain parts of the brain are stimulated, various perceptions are disturbed, such as visual, auditory, and tactile functions.  Various external stimuli such as very low frequency sound waves, high fields of electricity, chemicals or drugs can cause hallucinatory experiences that for the subject are indistinguishable from reality.

Indeed, schizophrenics often relate seeing, hearing, and even talking to very real entities that nobody else can see or hear, but medical science thus far has not found the cause for this.

Further study in this particular type of mental disorder may eventually shed light on some areas of the paranormal.  However, there are still a lot of questions left unanswered by this theory, such as when more than one person sees the same phenomena.  Skeptics use the term "mass hysteria" for situations like this, but nobody has offered an explanation for the core catalyst causing many brains to suddenly go haywire. 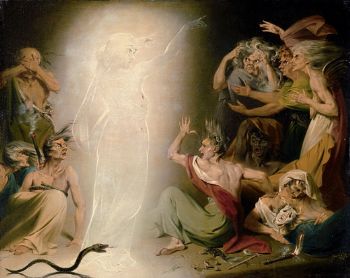 Carbon monoxide as an explanation for perceived hauntings

Some of the phenomena generally associated with haunted houses, including strange visions and sounds, feelings of dread, illness, and the sudden, apparently inexplicable death of all the occupants, may be attributed to carbon monoxide poisoning.

In one famous case, carbon monoxide poisoning was clearly identified as the cause of an alleged haunting. Dr. William Wilmer, an ophthalmologist, described the experiences of one of his patients in a 1921 article published in the American Journal of Ophthalmology.

"Mr. and Mrs. H." moved into a new home, but soon began to complain of headaches and listlessness. They began to hear bells and footsteps during the night, soon accompanied by strange physical sensations and mysterious figures. When they began to investigate, they found the previous residents had experienced similar symptoms. Upon examination, their furnace was found to be severely damaged, resulting in incomplete combustion that produces carbon monoxide and forcing most of the fumes into the house rather than up the chimney. After the stove was fixed, the family fully recovered and did not experience any further unusual events.

A report published in 2005 described a 23-year-old female victim of carbon monoxide poisoning, found delirious and hyperventilating, who claimed to have seen a ghost while in the shower. A new gas water heater had just been installed in her home, apparently improperly, which flooded the house with carbon monoxide when the victim closed all the exterior windows and doors and took a shower 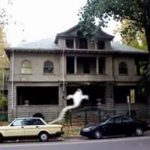