In the region of Helvetia, near the town of Wilser, a dragon was destroying the local area. There was a man, called Winckelriedt, who had been banished from Wilser for manslaughter. He was told he would be pardoned if he killed the dragon. He killed the dragon with a sword, but as he raised the sword triumphantly above him, the dragon’s blood came down the sword onto him. As the blood touched him, he died. 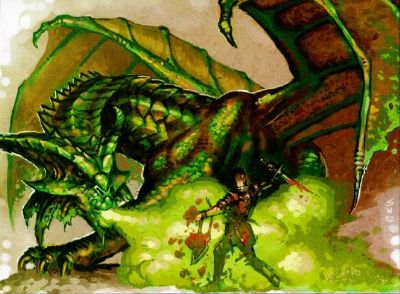