The proper incantation and treatment of the zombie artifacts such as the voodoo doll can harm the zombie and even destroy it.

The zombie can also be put to final rest through the appropriate voodoo ceremony, which forces the loa from its body.

It is said in Haiti that when a zombie tastes either salt or meat, he recovers his past personality and becomes aware of his state, immediately returning to the grave or killing his master.

Zombies are attracted to light, noise, and meat. Taking this into account, there are numerous ways you can lure zombies into desired locations. Using spotlights, car alarms, or large piles of animal flesh, one can draw undead attention away from themselves.

Zombies are highly susceptible to fire, burning these creatures is the most effective way of destroying them. Weapons that cause fires are recommended, like Molotov cocktails due to their ease to make, large destruction radius, and effectiveness.

Beware though fire takes long periods of time to kill so fire is better for traps. Since a zombie does not feel no pain and does not need to breath, a flaming zombie will attack until it is physically incapable of doing so.

Grenades are also usually effective, but not so easy to come by.

Extreme amounts of electrical current will burn a zombie’s flesh, thus consuming it in flames.

Zombies can also be dispatched by causing extreme trauma to their brain. This can be accomplished by driving a bullet, a drill, a long knife, a hammer, or some other blunt object into the creature’s skull.

If the traditional zombie was easily destroyed by exploding the head but stronger chemical formula makes them more difficult to obliterate.

In Braindead, Peter Jackson pushes the concept to its extreme limit. All the bits of flesh remain alive: the top half of a head which has been sliced off by a spade spends the rest of the movie getting kicked around the polished and increasingly bloody floor, blinking wistfully at the goings-on; one character’s torso is eaten away, but the rest of the body, connected to the head by its spinal column, still waddles around the room; another zombie, cut in half, spills its guts onto the floor, and those guts then proceed to take on a homicidal life of their own. 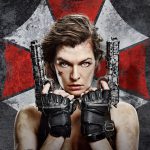