Hypertrichosis is a medical term referring to a condition of excessive body hair.

It can be generalized, symmetrically affecting most of the torso and limbs, or localized, affecting an area of skin.

It may be mild or severe. In most cases, the term is used to refer to an above-average amount of normal body hair that is unwanted and is an aspect of human variability.

In earlier eras, people afflicted with CGH would stay indoors during the day, going out only at night, to avoid being ostracized. 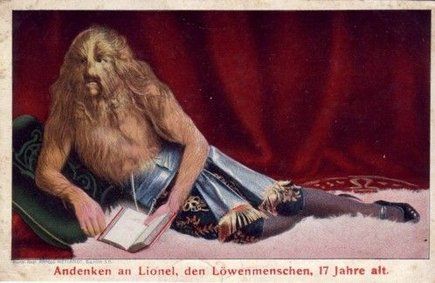 Because of this behavior, people began to associate these unfortunate folks with werewolves, thus the vulgar name of  Werewolf Syndrome. This condition has sometimes been falsely referred to as Wookism or Wookieeism, a stereotypical nod to the hairy creature known as a Wookiee from the world of Star Wars.

In medical practice, once generalized hypertrichosis has been distinguished from hirsutism, it is most often considered a variation of normal, primarily resulting from genetic factors.

There are different types of this condition such as congenital hypertrichosis, which is unpigmented, fine, soft hair that grows excessively and persists through life.

To further explain this disease, it is caused by an androgen excess disorder. Androgen hair is hair follicles that respond to androgens, which allows for the rate of hair growth and heaviness of the hairs to increase. In most cases, hypertrichosis is genetic, but even certain drugs and toxins (like mercury) can cause excessive hair growth. Also, it can be caused by malnutrition or an untreated infection. For most cases, this disease is a cosmetic problem. Possible treatments could be bleaching of the hair, waxing, which is only temporary, or permanent removal called electrolysis or laser destruction of hair follicles. Electrolysis is somewhat expensive and prices range up to 25 through 150 dollars, wisegeek.com reports.

Severe hypertrichosis is quite rare, almost certainly due to unknown genetic defects, and can result in excessive or animal-like hair on both face and body. Unfortunately, some of these people have been displayed in carnival sideshows with names such as “dog-boy” or the “bearded lady.” Fedor Jeftichew and Annie Jones are well known examples.

In 1982, an American geneticist called Frank Greenberg of the Baylor College of Medicine discovered a Mexican family with a rare genetic mutation that causes fur like hair to grow all over their bodies. The family was segregated from Mexican society, they were forced to hide in their home in Loreto’s town, and can only obtain work in the circus. In the Aceves family which is composed of 32 members… all have this disease. They live in a mountain town named Zacatecas.

Victor “Danny” Ramos and Gabriel “Larry” Ramos are the most famous of the family. These brothers have excessive hair on their face and chest, almost looking like fur. The only visible place they do not have this hair is around their eyes, mouth, and upper ears and hands. They both have worked as acrobats, and even their two cousins have this disease. 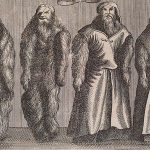