The wildmen appear to have no articulate language. Although the creatures have been reported making sounds in almost ten per cent of sightings, there are no reports of anything that could be considered a possible form of speech. The absence of a culture, even rudimentary, as reported by witnesses, is compatible with the absence of a complex language. 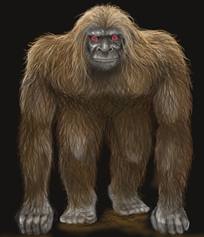 There are no reports of a Bigfoot using fire or any object as a tool and only a very few and indirect reports of Bigfoot carrying anything that could not be considered food.

Some naturalists argue that Bigfoot does not need or appear to desire the company of its fellows, so it would obviously never have needed to develop sophisticated vocal communication.

Its size and strength have plainly proved to be sufficient both for protection and for obtaining food without reliance on tools or weapons, and it has never even learned to throw things effectively.

Hard though it may be to accept, there are reports indicating that it has developed speed of foot sufficient to flee from or to catch almost any other animal. Certainly it has never lost its fur coat and is able to get along in cold weather without either clothing or fire. 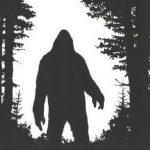