Jet Jaguar is a robot that appears in the Godzilla film Godzilla vs. Megalon (1973). 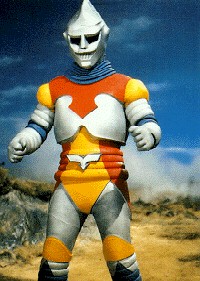 A robot created by scientist Goro Ibuki, Jet-Jaguar is adaptive and multi-functional. Humanoid in appearance and stature, it is able to grow to a gigantic size when is threatened.

Initially enslaved by the people of Seatopia and forced to guide their monster guardian, Megalon, Jet-Jaguar eventually broke free of their domination and summoned Godzilla for help.

He put up a valiant fight against Megalon but was ultimately overwhelmed when Gigan arrived and sided against him. The Monster King eventually rescued him. 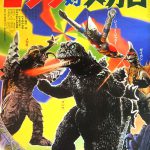