Julia Pastrana (1834–1860), was an indigenous woman from Mexico, who took part in 19th-century exhibition tours in Europe. She had hypertrichosis terminalis; her face and body were covered with thick black hair. Her ears and nose were unusually large and her teeth were irregular which makes her look like an ape.

She married a man named Lent who exhibited her and after her death, had her body preserved to continue the show. 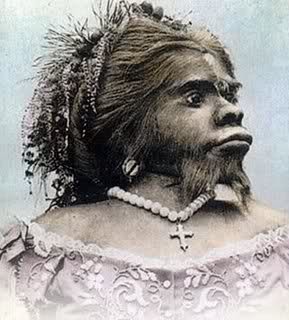 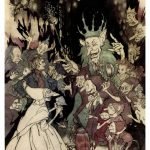