Origin: Greece. A son of Echidna and Typhon

Myth : Dagon was the guardian of Hera’s golden apples, which grew in the Garden of Hesperides. Herakles killed Ladon in order to steal the apples. After a few years, the Argonauts passed by the same spot, on their chthonic return journey from Colchis at the opposite end of the world, and heard the lament of "shining" Aigle, one of the Hesperides, and viewed the still-twitching Ladon (Argonautica, book iv). 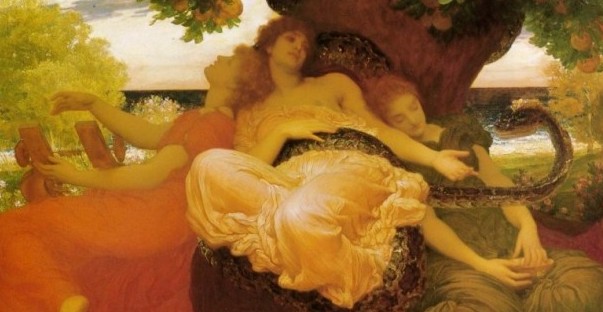 The Garden of the Hesperides by Frederic Leighton