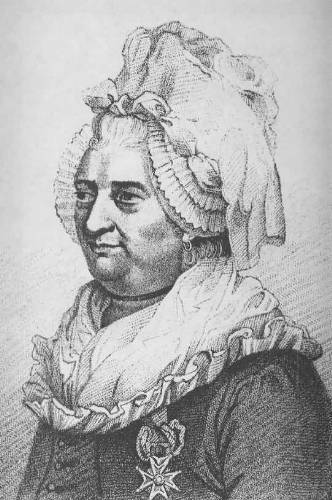 He had played a very public role as a diplomat to the court of Empress Elizabeth of Russia and later to that of George III in Great Britain.  He was a renowned and decorated military hero and also a great charmer.  Few knew that he had also worked for "The Secret," a spying operation run by the French monarch.To protect his adulterine relationship with England Empress Sophia-Charlotte, Louis XVI declared in 1776 that d’Eon was actually a woman,  a lie not uncovered until his death some thirty-fives years later, in 1810.

Spinster and Minister, Knight and Dame,
Monsieur and Mademoiselle,
D’Eon in male and female fame
By turns has born the bell.

Adroit to act on either plan;
Smile nymph, or hero vapour;
And pass with ease from sword to fan,
From pistol to thread-paper!