Most America states’s disclosure laws don’t deal with the forms the deceased take in the afterlife, but they do address death as a stigma.

In California, for example, the law says you don’t have to disclose a death that occurred more than three years before the sale. 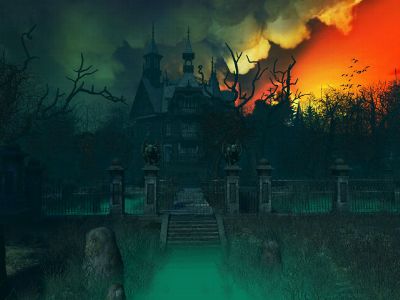 The one exception is death caused by AIDS.

Federal law define’s AIDS as a disability and such a disclosure could be deemed discriminatory.

Randall Bell, founder of Laguna Beach, CA-based Bell Consulting, which analyzes the impact of detrimental conditions on property values, says secrecy about specters and other conditions only adds to the fear.

Public disclosure has a cathartic effect that helps remove any shroud of secrecy, says Bell, who was called in for consultations after the 1997 Heaven’s Gate murders in San Diego — the largest mass suicide on U.S. soil.

Rancho Santa Fe Groves Inc., led by developer William L. Strong Jr., purchased the property two years after the event for $668,000, less than half the $1.6 million list price before the cultists’ deaths. At the time of the purchase, the 9,000 square foot home on 3.1 acres was slated for demolition, but the assessor valued the land at $1.5 million.

Bell says he would open any such heavily stigmatized home to the media to keep a forbidden property from becoming “haunted”.

There is case law that sets legal precedent, but it doesn’t totally support Bell’s assertions.

Owner Helen Ackley, however, had actively promoted her home as a haunt for apparitions in the attic, poltergeists in the pantry and ghosts in the garage.

Both the local and national media reported the story. The most notable version was a 1997 Reader’s Digest story, “Our Haunted House on the Hudson.”

According to Ackley’s Digest account, there were at least three ghosts thought to date back to the Revolutionary War, a red-cloaked woman often seen demurely descending the staircase, a wandering sailor with a powdered wig and an elderly gentleman sitting in the living room suspended four feet above the floor.

“Our ghosts have continued to delight us,” Ackley told Reader’s Digest.

The spooks were always “gracious, thoughtful — only occasionally frightening — and thoroughly entertaining,” she said.

At their worst, the spirits almost knocked her daughter out of bed and shook her four-poster bed in the mornings just before the alarm clock went off.

Jeffrey Stambovsky insisted he didn’t believe in ghosts, but the possibility of living with them spooked his wife.

Instead of taking metaphysical law into their own hands, the Stambovskys took it to court.

“We were the victims of ectoplasmic fraud,” Stambovsky moaned.

A lower court ruled in favor of Ackley, but later Justice Israel Rubin of the Appellate Division of the New York State Supreme Court reversed the decision with a devilish tounge-in-cheek ruling.

“(A) very practical problem arises with respect to the discovery of a paranormal phenomenon: ‘Who you gonna call?’ as a title song to the movie Ghostbusters asks. Applying the strict rule of caveat emptor to a contract involving a house possessed by poltergeists conjures up visions of a psychic or medium routinely accompanying the structural engineers and Terminix man on an inspection of every home subject to a contract of sale,” Rubin said.

“Whether the source of the spectral apparitions seen by defendant seller are parapsychic or psychogenic, having reported their presence in both a national publication and the local press, defendant is estopped to deny their existence, and, as a matter of law, the house is haunted,” he finished with a flourish. 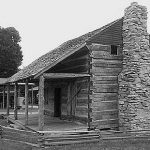