In the Balkanic Peninsula grows a flower that, people say, if eaten, transforms the eater into a werewolf.

Lycanthropous flowers possess properties peculiar to themselves which are only discernible to those who are well acquainted with them.

Their scent is described as faint and subtly suggestive of death, whilst their sap is rather offensively white and sticky.

In appearance they are usually white and yellow marsh flower. They have to be plucked and worn after at sunset when the moon is full.

Lycanthropous flowers are reminiscent of Datura Stramonium, which is commonly called Thorn apple or Jimson Weeds and grows almost everywhere on the planet except the arctic. It has beautiful trumpet-shaped flowers that open at irregular times during the evening. The fruits are covered in spikes and oval-shaped. If bruised, any part of the plant will produce a foul odor. Datura is extremely toxic when ingested and can cause severe hallucinations and even death. One says that even putting the flowers under a pillow can trigger vivid dreams.

More recently, scientists have accidentally discovered a new shrub that relies on the lunar cycle for survival, and dubbed it the world’s first-known “werewolf plant”.

The species, a non-flowering relative of conifers known as Ephedra foeminea, secretes globules of sugary liquid on nights when there is a full moon to attract nocturnal pollinating insects. The droplets absorb any pollen being carried by pollinators such as moths and flies that land on the plant, which it uses to fertilizes its seeds. The plant relies on moonlight to cause reflections which catch the attention of the insects.

The activities of many animal species are known to be linked to the full moon, including various crabs, seabirds, dung beetles and corals. But in the plant world, Ephedra foeminea may be the first.

Of course, it does not imply that eating under the full moon would transform you into a lupine. 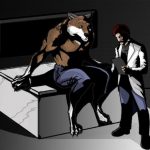 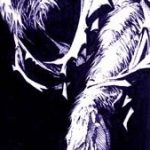