Magnetic waves consistently flow through our atmosphere and come from both natural and man-made sources.

The fields then fluctuate due to a variety of factors such as heating by the sun, tidal forces from the sun and moon, the impact of photons from outer space and localized weather conditions, for example, lightning. Stevens says, "There will be periods of greater or lesser fluctuation – there is a strong link to the 11 year cycle of activity within the sun, there is a weaker relationship to the phases of the moon and the seasons." Variations to local conditions such as magnetic minerals, tectonic stresses and equipment operating on mains power can all contribute to fluctuations. 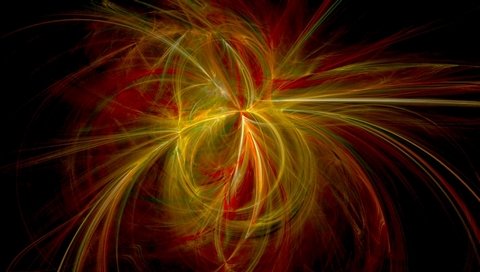 This is not the first time that misbehaving magnetic fields have been linked to strange visions and spiritual apparitions. At Laurentian University in Canada, Michael Persinger has for years been subjecting peoples’ brains to complex magnetic field patterns and exploring the spiritual world we have created for ourselves. With an adapted motorcycle helmet fitted with stimulating solenoids, Persinger has coerced people to face their inner demons.

When the solenoids are turned on, a varying magnetic field is pumped through the participant’s head, disrupting the brain’s own electricity. With the right pattern of magnetic activity, a sense that a presence has entered the room (despite the fact they are entirely isolated) fills the participant’s consciousness. Most participants interpret the feeling as a visit from a spiritual or heavenly being – an angel, Mohammed, Elijah – or a visit from a dead relative. Some have even believed aliens visited them during the course of the experiment.

Persinger believes that magnetic muddling of the mind could be responsible for most things considered paranormal – including ghosts. Both Persinger and Wiseman have drawn the conclusion that a person’s surroundings will largely effect how they interpret the same emotions. In Persinger’s experiments the participant is safely seated in a whitewashed laboratory and so little fear is present when they are subjected to the magnetic spin. A person subjected to the same feelings – that they are not alone anymore – could interpret them very differently in a small, dark vault deep under the ground. 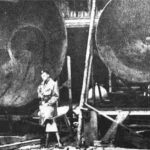