There have been a number of murderers who performed seemingly vampiric rituals upon their victims. Serial killers Peter Kurten and Richard Trenton Chase were both called “vampires” in the tabloids after they were discovered drinking the blood of the people they murdered.

Similarly, in 1932, an unsolved murder case in Stockholm, Sweden was nicknamed the “Vampire Murder” because of the circumstances of the victim’s death.

The late-16th-century Hungarian countess and mass murderer Elizabeth Bathory became particularly infamous in later centuries’ works, which depicted her bathing in her victims’ blood in order to retain beauty or youth.

There is a psychological condition known as Renfield’s Snydrome, also called clinical vampirism. The name, first used by psychiatrist Richard Knoll, is derived from Dracula’s insect-eating henchman, Renfield, in the novel by Bram Stoker.

The sufferer actually has the delusion of being a vampire. The condition is often caused by some event involving blood in childhood, such as an accident, injury, or ingestion of blood.

The sufferer, usually male, holds the belief that blood brings about certain powers and also may associate blood with sexual excitement and fantasies. Only a few cases are on record of this unusual condition. the patients have an irresistible urge for blood ingestion, which is a ritual that brings them relief. They believe that by drinking blood they will have an increase in strength and immunity prolonging their life.

In many cases the individual enjoyed drinking their own blood, known as “auto vampirism.” Some patients would deliberately wound themselves at the base of the tongue in order to suck at these wounds and swallow the blood.

Renfield’s Syndrome is described as having four stages:

A related condition is known as  Self-Mutilation Syndrome.  Sufferers of SMS, often known as “cutters”, feel the need to cut into their flesh and watch themselves bleed. Some sufferers of SMS also drink the blood shed out this way. Most sufferers of SMS are likely redirecting anger, frustration, inadequacy, or emotional pain onto their bodies.

Necrophilia (thanatophilia or necrolagnia) is a psychiatric term mostly used to describe the pathological sexual attraction to corpses. It has been associated with cannibalism and vampirism as all are considered perversions.

In his seminal 1894 work, Psychopathia Sexualis, Richard von Krafft-Ebing, one of the first psychiatric writers, called it a horrible manifestation of sadism. Abraham A. Brill, who published the first comprehensive examination of the subject in 1941, characterized necrophiles as many other authors had—mentally deficient, psychotic, and incapable of obtaining a consenting partner.

This report demonstrates how difficult it is to draw any generalizations from a single case history. In 1989 Jonathan Rosman and Phillip Resnick reviewed 122 cases manifesting necrophilic acts or fantasies.

The pseudonecrophile has a transient attraction to a corpse, but a corpse is not the object of his sexual fantasies. According to Rosman and Resnick, neither psychosis, mental retardation, nor sadism appears to be inherent in necrophilia.

The most common motive for necrophilia is possession of an unresisting and unrejecting partner. Necrophiles often choose occupations that put them in contact with corpses.

Based on single case histories, many researchers offer psychoanalytic explanations for necrophilia. Rosman and Resnick developed an empirical model to get a deeper understanding of how psychodynamic events could lead to necrophilia:

“(1) The necrophile develops poor self-esteem, perhaps due in part to a significant loss;

(a) He (usually male) is very fearful of rejection by women and he desires a sexual object who is incapable of rejecting him; and/or

(b) He is fearful of the dead, and transforms his fear of the dead—by means of reaction formation—into a desire for the dead;

(2) He develops an exciting fantasy of sex with a corpse, sometimes after exposure to a corpse” (Rosman and Resnick 1989, p. 161).

Because no therapist has treated a sufficient number of necrophiles, research literature on effective treatments does not exist.

In some societies the practice was enacted owing to a belief that the soul of an unmarried woman would not find peace; among the Kachin of Myanmar, versions of a marriage ceremony were held to lay a dead virgin to rest, which would involve intercourse with the corpse. Similar practices existed in some pre-modern Central European societies when a woman who was engaged to be married died before the wedding. 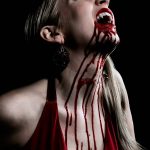 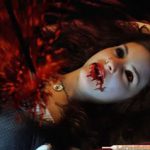