Freud thought that ghosts are actually the visions of people who are afraid of death.  In this sense, ghosts would not be real at all but rather a projection of our subconcious mind.

Jung looked for answers in his theory of the collective unconscious,  the contents of which can in his view take on almost an autonomous life of their own, being projected or manifested as seemingly outer occurences.

The point of such evidence is that the human mind seems capable of generating apparitional appearances identical to those often attributed to "departed spirits ."

A somewhat plausible theory is that ghosts are telepathic images i.e. a sensitive person would pick up past vibrations from the area they were in and witness an event or person as it appeared many years ago.  This would also explain instances where a person sees a loved one at or near the moment of the loved one’s death, since the loved one could be unconsciously projecting their thoughts to the receptive person. William James produced an interesting theory based on the idea of spontaneous produced hallucinations caused by extra sensory perception, telepathy and clairvoyance.

Parapsychologists have put forth one explanation that suggests that poltergeists originate in a person, and the lingo for that person is an agent or focus. They suggest that the psycho-kinetic effects originate in the individual, and manifest as the result of psychological trauma in that person

First it should be noticed that, in nearly all apparitions, there is no living individual attempting to create the appearance. It is unlikely that most apparitions were consciously created although they may have been unconscious human productions.

Furthermore, even if an apparition results from efforts by a once-living person, the apparition itself is not yet evidence of a fully conscious disembodied spirit. Such phenomena may well be mere images or thought-forms hanging around in the psychic space. Very rarely do they show the characteristics of a well -developed personality, even though they exhibit some independent consciousness.

The apparition evidence suggests we are continually swimming in a sea of thoughts and images that exist independently of our own minds and that occasionally intrude dramatically into our conscious awareness.

Astral projection (or astral travel) is an out-of-body experience achieved either awake or via lucid dreaming or deep meditation. People who say they experience astral projection often say that their spirit or astral body has left their physical body and moves in another dimension known as the spirit world or astral plane. The concept of astral projection has been around and practiced for thousands of years, dating back to ancient China. It is currently often associated with the New Age movement.

Psychics often say that the subconscious (or dreaming) mind contains the spirit or astral body, resulting in falling dreams or waking up with a falling sensation or sudden jerk. Most dreams are not remembered by the conscious mind, making the experience of astral projection a subject of subjectivity. Believers in astral projection point out, though, that most ghost sightings often define the ghost as a lucid or transparent apparition walking the earth.

It is unclear whether every physical object has an ‘astral’ counterpart, or if a spirit literally uses incarnation into a physical body and this is what results in astral projections, or if the phenomena is something else entirely. Astral projection also touches on life itself and what happens after physical death. 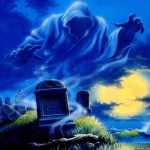 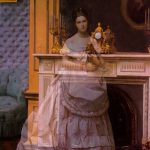 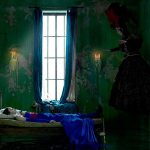 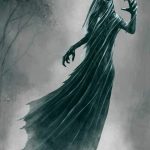