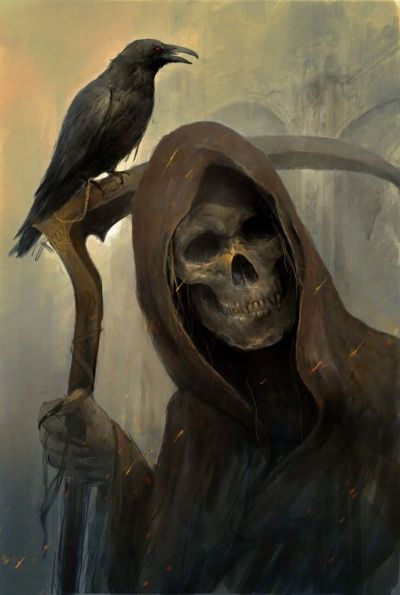 In modern-day European-based folklore, Death is known as the Grim Reaper depicted in the as wearing a dark hooded cloak and wielding a scythe. During the plague in the early 141th century, artists began painting death as a horrific figure. Skeletons, armed with deadly weapons, danced among plague victims in the street or rode white … Read more 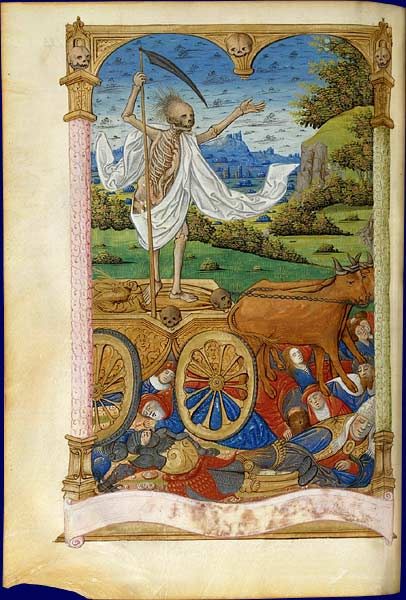 The human bones are an obvious and frequent symbol of death, found in many cultures and religious traditions. Human skeletons and sometimes non-human animal skeletons and skulls can also be used as blunt images of death; the traditional figures of the Grim Reaper – a black hooded skeleton with a scythe – is one use … Read more 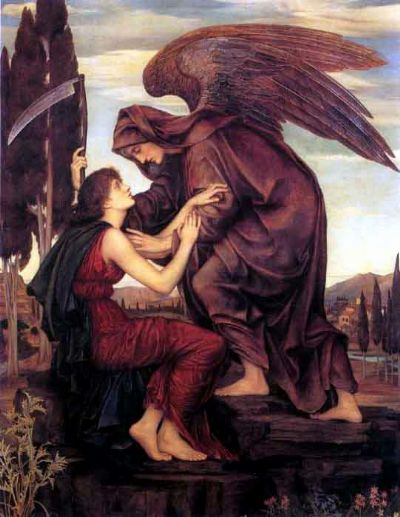 In the Bible, death is viewed under form of an angel sent from God, a being deprived of all voluntary power. On some occasions this described in terms fitting Azrael, and on others as fitting Samael. The biblical Book of Job (xxxiii. 22) uses the general term “destroyer” (“memitim”), which tradition has identified with “destroying … Read more 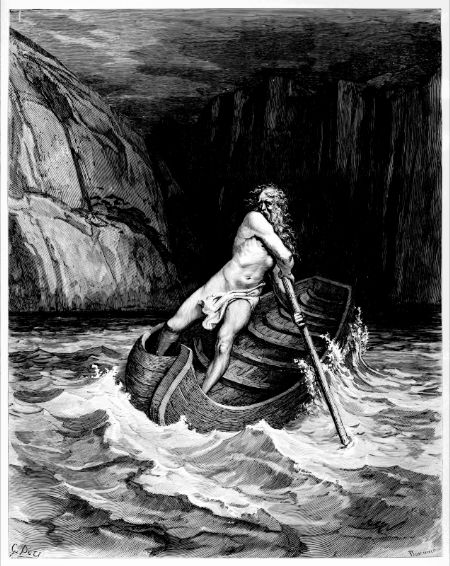 In Greek mythology, Charon (Greek Χάρων, fierce brightness) was the ferryman of Hades, the Greek underworld, (Etruscan equivalent: Charun) and the son of Erebus and Nyx. Dante Alighieri incorporated Charon into Christian mythology in his Divine Comedy. He is the same as his Greek counterpart, being paid an obolus to cross Acheron. Role Charon is … Read more 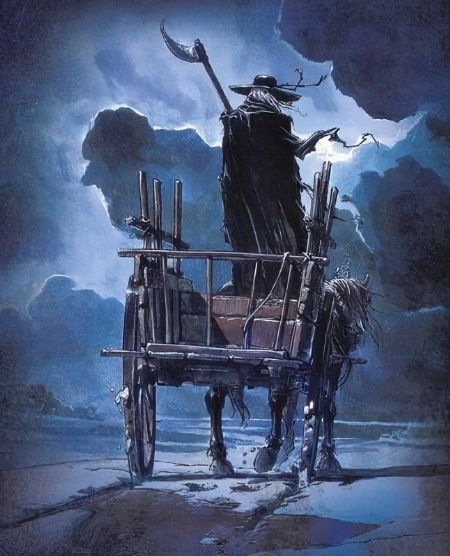 Ankou (Ahn-koo) is the personification of death who comes to collect the souls of passed-over humans and bring them to the other side. Ankou is part of the fairy lore of the Celtic countries. He has largely been forgotten in Cornwall (Ankow), Wales (Anghau) and Ireland but remains part of the living folklore in French … Read more 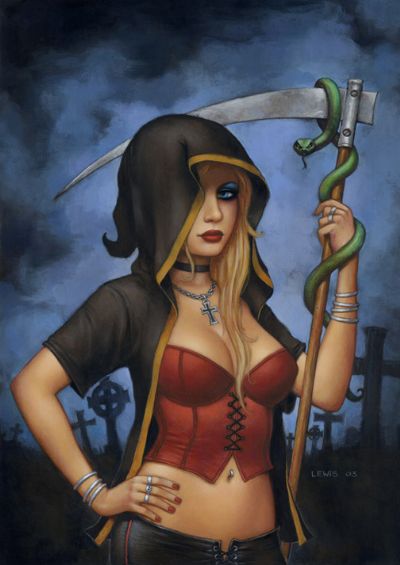 The personification of death as an enemy, a monster or an stranger has been prevalent. In the portrayals of death as the other it was ascribed the characteristics of the alien, the opposite of the familiar. Ancient people took a friendlier approach to death. In Greek mythology, Thanatos is the deity associated with death, who … Read more 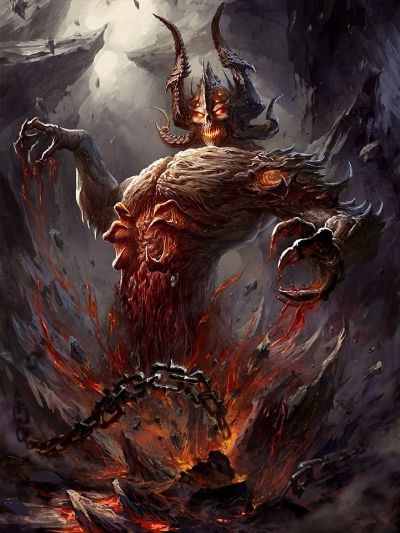 In an important shift related to the theology of sin, the Devil rather than Adam or Eve, is held chiefly responsible for original sin and its mortal fruit. Accordingly, from the Middle Ages, Death is increasingly imaged as the Devil incarnate but the Devil is notoriously protean, adapting himself to whatever role serves his purpose. … Read more 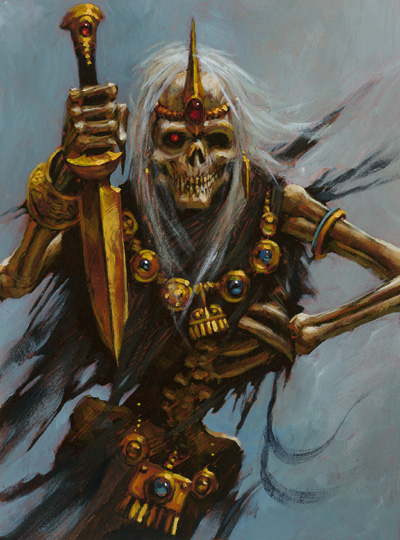 A Joker To contrast with the normally dark and antagonistic classical depiction of Death, many comedies portray him as a somewhat sympathetic character, an average Joe who’s simply doing a necessary and unpleasant job. The weapons of death Considering that a human being was engaged in an agonistic struggle against death, military terminology prevailed in … Read more