The rare condition Williams Beurens  Syndrome was listed as of interest to scientists studying domestication because the people born with it are especially gregarious. The syndrome is described as a combination of about 26 missing genes. Further reading after quick Internet searches revealed that  people with this syndrome are exceptionally kind, highly verbally skilled and … Read more

In most pagan religions, supernatural forces are associated with animals, the five elements and the Goddess. Sometimes the fairies were called Goddesses themselves. In several folk ballads the Fairy Queen is addressed as ‘Queen of Heaven.’ Welsh fairies were known as ‘the Mother’s Blessing.’ Breton peasants called the fairies Godmothers. In Gaul (France and Belgium), … Read more

A fourth belief was the fairies were demons entirely. This belief became much more popular with the growth of Puritanism. The hobgoblin, once a friendly household spirit, became a wicked goblin. Dealing with fairies was in some cases considered a form of witchcraft and punished as such in this era. Disassociating himself from such evils … Read more

In the lore of Scandinavia, Scotland, and Ireland, when God cast out the arrogant angels from heaven, they became the evil spirits that plague mankind, tormenting us and inflicting us with harm. The ones who fell into hell and into caves and abysses became devils and death-maidens. However, those who fell onto the earth became … Read more

Another view held that the fairies were an intelligent species, distinct from humans and angels. In alchemy in particular they were regarded as elementals, such as gnomes and sylphs, as described by Paracelsus. Earlier Celtic peoples, like pre-technological societies studied by modern anthropologists, may have endowed every object with a spiritual nature that was anthropomorphized … Read more

Like vampires, the fairies were believed to be originally the souls of the pagan dead. Since the pagans are unbaptized, they are neither considered good enough to go to heaven nor bad enough to go to hell. They are therefore caught in a netherworld, becoming faeries. It should be noticed that there are many common … Read more 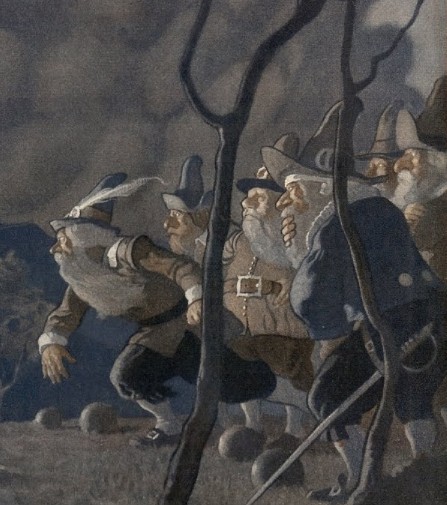 Some folklorists and anthropologists have theorized that the original faeries were members of conquered races that were sighted on rare occasions, mistaken for supernatural beings. One common theme found among the Celtic nations describes a race of diminutive people who had been driven into hiding by invading humans. According to this theory,  the Thuatha de … Read more