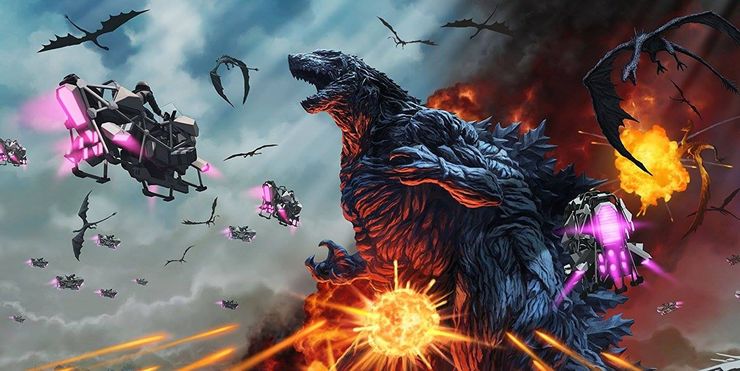 Due to his size, super-strength and regenerative abilities, Godzilla is invulnerable to most forms of conventional attack. However, over the years, there have been some weapons that were able to hurt or even damage Godzilla. Radiations When Dr. Serizawa detonated a nuclear warhead to revive Godzilla, its radiation combined with that of the Hollow Earth … Read more 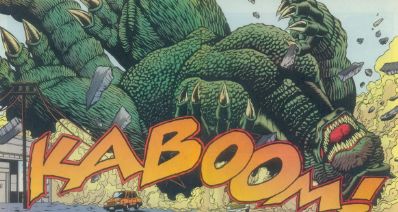 Godzilla is very resistant to heat, he swam through magma, and was exposed to heat generated by nuclear explosions many several times. Despite his incredible strength, Godzilla has displayed a few weaknesses over the years. Early in the Showa series, he was vulnerable to electricity, though this weakness was apparently reckoned. Indeed, later films in … Read more

The extent of Godzilla’s intelligence varies throughout the character’s history, but Godzilla is generally depicted as a thinking creature. In the original Godzilla film and its early sequels he is depicted with a simplistic animal cunning, but as the Showa series progressed he is seen as being as intelligent as a human, capable of abstract … Read more 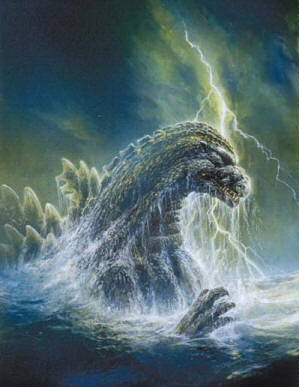 Though not an amphibian, Godzilla has an amphibious lifestyle. Godzilla is described in the original film by Doctor Yamane as a transitional form between aquatic and terrestrial vertebrates. Godzilla is almost certainly able to somehow extract oxygen from water, occasionally remaining in the ocean depths for periods of months or years, though there has been … Read more 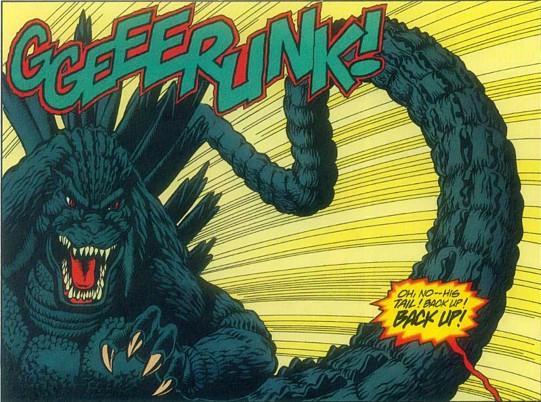 Godzilla’s long tail is also a formidable weapon. It has been shown to be very flexible and powerful, able to lash out quickly and topple over buildings and enemy monsters. From time to time Godzilla also used his tail for jumping. In Godzilla vs. Megalon, he was able to slide on his tail a great … Read more 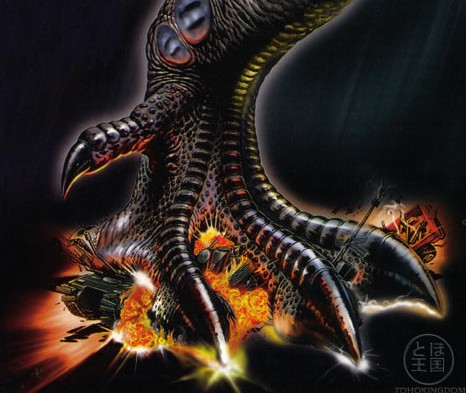 Godzilla has displayed varied levels of physical strength. He has been depicted lifting and throwing monsters in excess of his own weight such as King Ghidorah, Destroyah, Biollante and Kaiser Ghidorah and in Godzilla: Final Wars was even able to throw Kumonga clear over the horizon. He is strong enough to knock down buildings and … Read more

Starting in the first Godzilla film, Godzilla displayed an immunity to conventional weaponry, virtually impervious to everything the kaiju and humans threw at him. He has demonstrated the ability to survive complete submersion in magma for an extended period of time. He has even survived being in ground zero of asteroid impacts. The only times … Read more 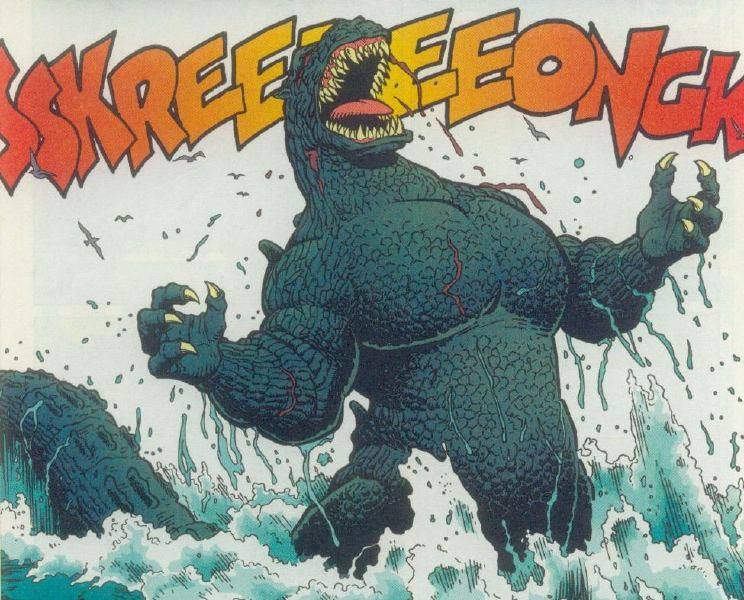 Godzilla’s roar is a famous sound effect. Over the years, it has changed considerably, sounding different almost every time and having many variations for the different emotions. The sound effects team originally tried to create Godzilla’s roar by using animal roars that had been edited. They sampled all kinds of birds and mammals, but nothing … Read more