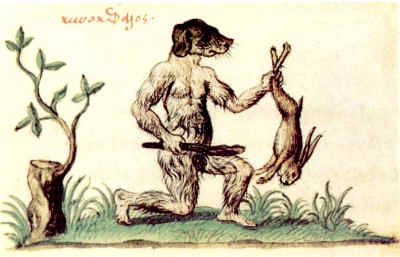 From THE BOOK OF WERE-WOLVESby SABINE BARING-GOULDSmith, Elder & Co., London1865 In Prussia, Livonia and Lithuania, according to the bishops Olaus Magnus and Majolus, the werwolves were in the 16th century far more destructive than “true and natural wolves”, and their heterodoxy appears from the Catholic bishops’ assertion that they formed “an accursed college” of … Read more 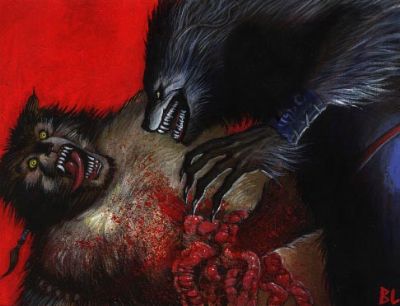 Among the Bulgarians and Sloyakians the were-wolf is called vrkolak, a name resembling that given it by the modern Greeks {Greek brukolakas}. The Greek werewolf is closely related to the vampire. The lycanthropist falls into a cataleptic trance, during which his soul leaves his body, enters that of a wolf and ravens for blood. On … Read more 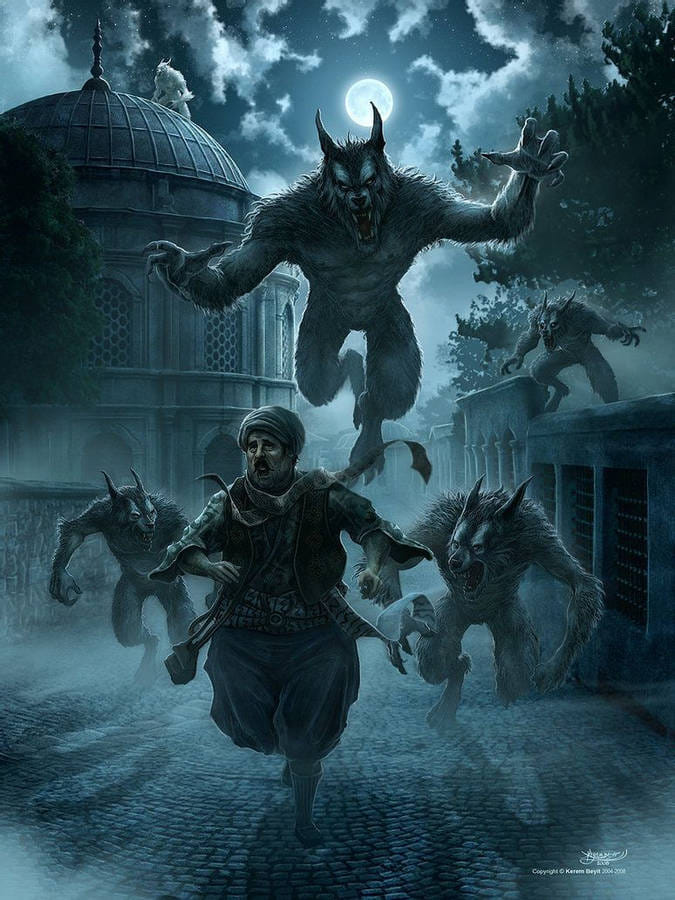 There are women, so the Armenian belief runs, who in consequence of deadly sins are condemned to pass seven years in the form of a wolf. The story goes like this. A spirit comes to such a woman and brings her a wolf’s skin. He orders her to put it on, and no sooner has … Read more