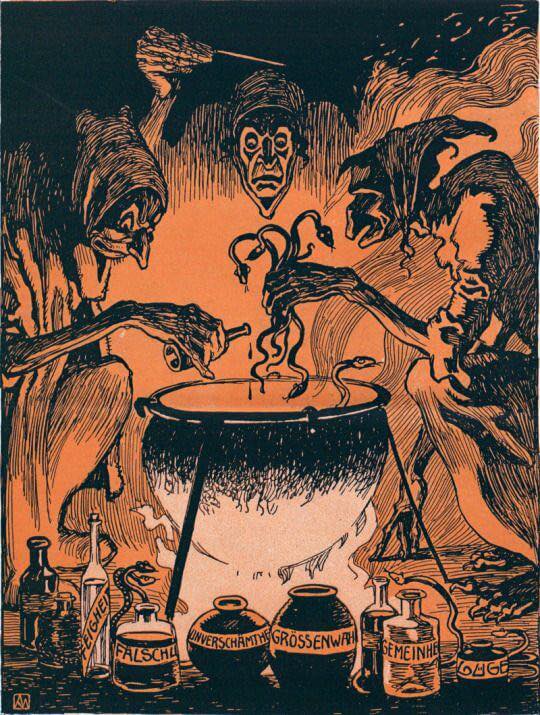 The Witches Brew is a potion (from Latin potio “drink”) or a liquid that contains medicine, poison, or something that is supposed to have magic powers. Potion derives from the Latin word potus which referred to a drink or drinking. The term philtre is also used, often specifically for a love potion, a potion that … Read more 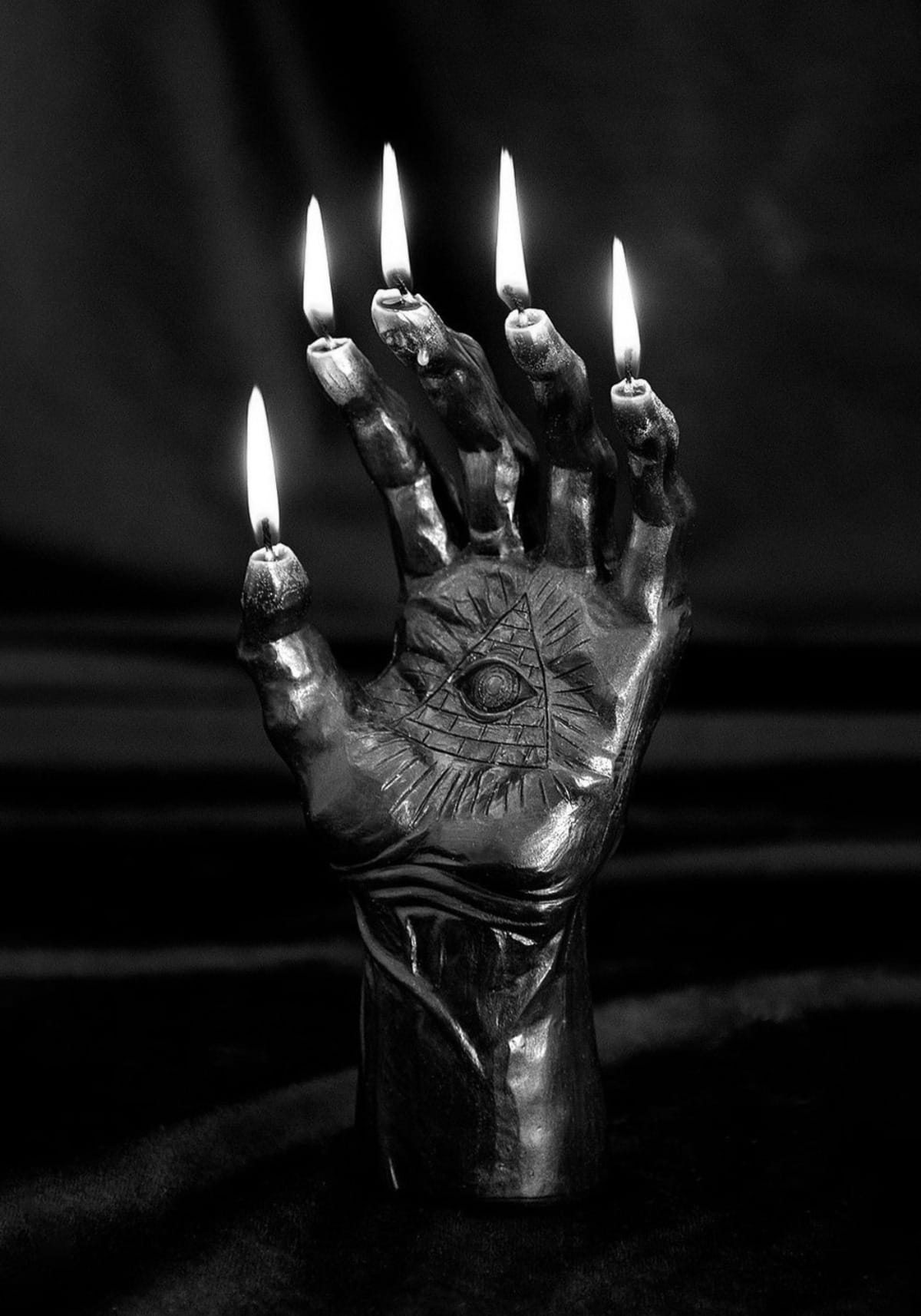 The Hand of Glory is probably the most powerful tool made out of a man’s corpse. With such a candle, witches and sorcerers could cast a spell over the inhabitants or any home, rendering them insensible and motionless. The potential for burglary is obvious. The following ritual must be observe to acquire a fully-effective one … Read more 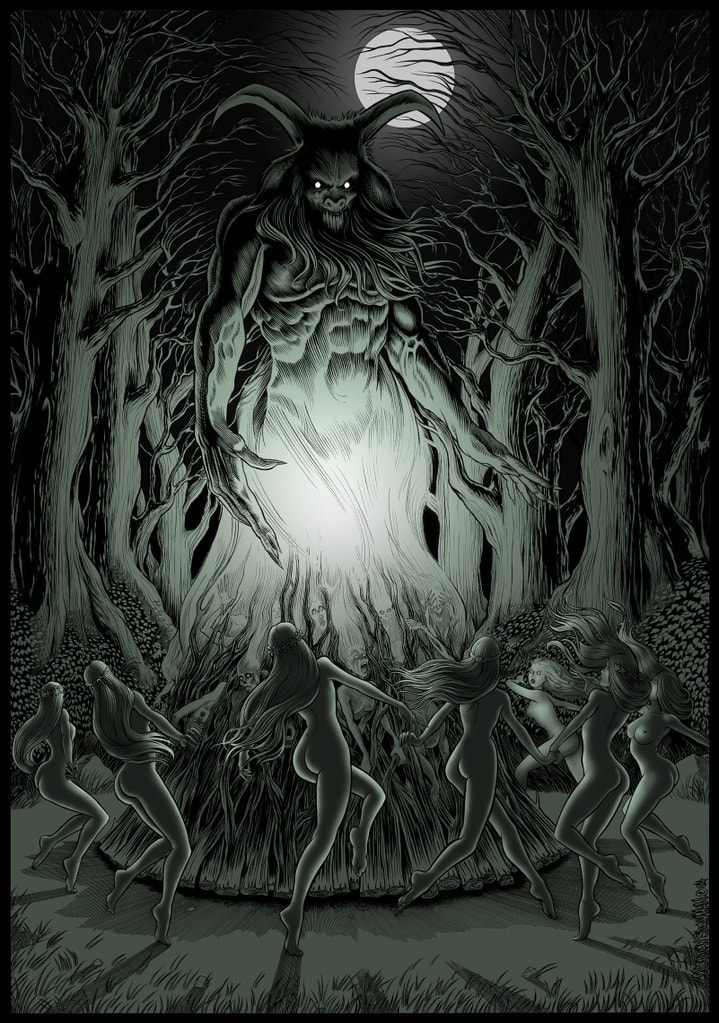 Circles since ancient times have been reputed for magical properties. They were drawn around beds of the sick and mothers who recently bore children to protect them from demons. Their remnants which are seen in the stone circles of Britain give credence to the importance of the circle. In occultism and magic, the magic circle … Read more 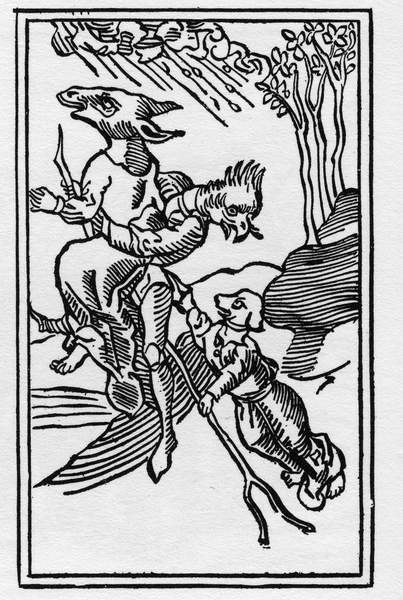 The witch flying on a broomstick has become the archetype for magic and witchcraft in the Western world. Integral to this archetype is the often overlooked flying ointment. Also known as transvection, the earliest depiction is Ulrich Molitor’s engraving in De Lamiis (1489). It shows three Witches, each with an animal’s head, each astride a … Read more 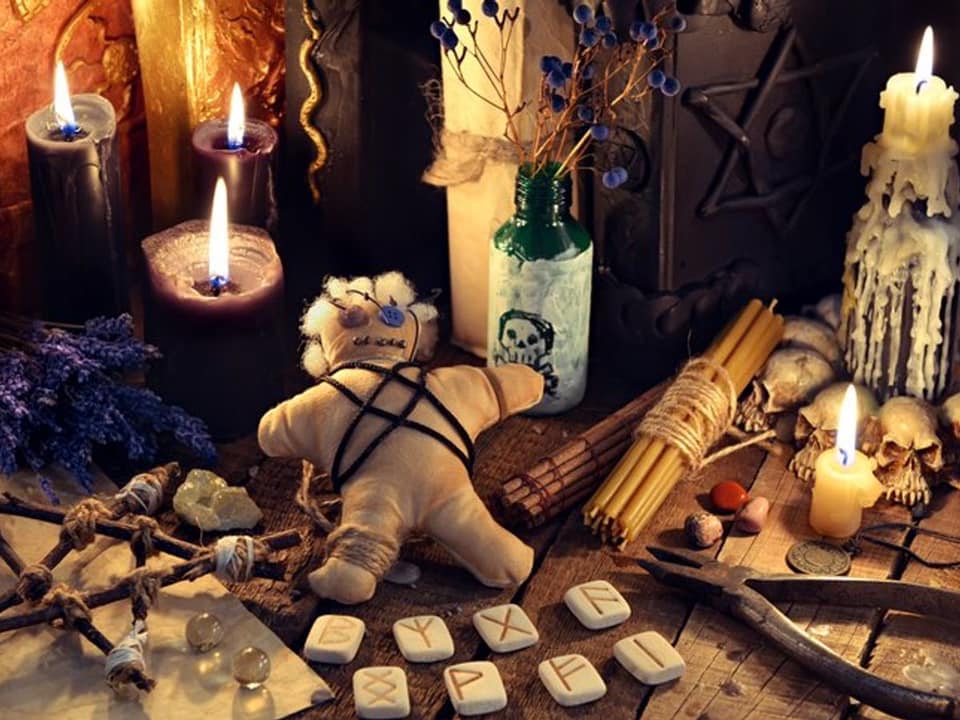 Dolls have been used in magical rites since the origins of Man. Little wonder then that witches were said to have used them as well. Typically, these dolls were created by putting some of the victim’s nail clippings or hair into the material from which the doll was fashioned, usually clay, wax or wood. Also … Read more 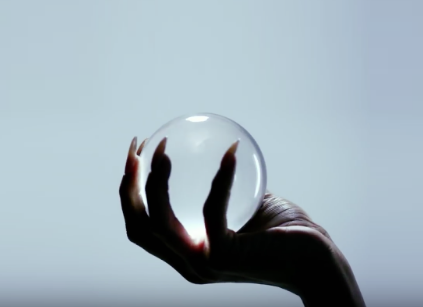 A witch ball or speculum is a hollow sphere of plain or stained glass hung in cottage windows in 18th century England to ward off evil spirits, witch’s spells or ill fortune, though the Witch’s Ball actually originated among cultures where witches were considered a blessing and these witches would usually “enchant” the balls to … Read more 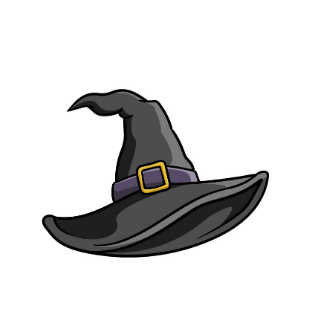 The stereotypical images of a witch includes the typical tall, black, pointed hat with a broad rim. There are different theories as to the origin of this stereotype. The witch’s hat may go back to antiquity. Ancient Etruscan coins from the city of Luna have a head on one side which may be the goddess … Read more 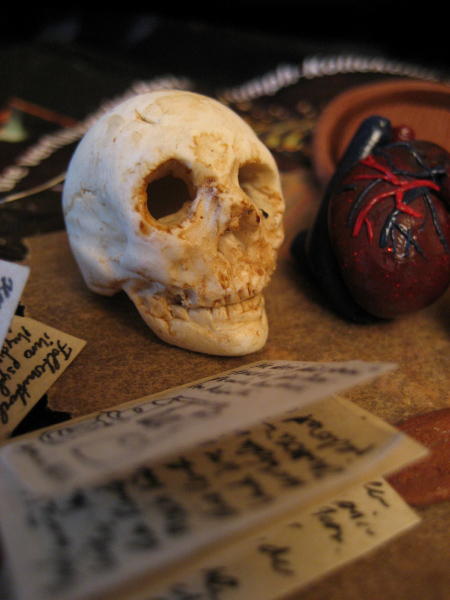 A quirin or quiru is a folkloric stone allegedly is found in the nests of either the lapwing or the hoopoe, two Old World species of birds often confused in earlier centuries. Quirins were said to have the powers of a truth serum and were highly valued and searched by witches and magicians. When placed … Read more