The most common bloodsucking animal, mosquitoes can be found almost anywhere in the world where standing water and blood-bearing animals co-exist. Male mosquitoes stick to a vegan and nectar-based diet. Female mosquitoes drink blood.

Though mosquitoes themselves are not actually dangerous, they are the cause of more human deaths than any other animal, carrying and transmitting a number of deadly diseases ranging from malaria — a parasite that kills more than 3 million people a year — to dengue, filariasis, yellow fever and West Nile virus.

The dangers posed by these and other mosquito-borne diseases are expected to grow as temperatures and rainfall increase in much of the world.

Since eliminating completely mosquitoes would disrupt the ecosystem, scientists have recently tried to replace them by Toxorhynchites. Also known as Mosquito Hawks or Mosquito Eaters, Toxorhynchites are the largest known species of mosquito and, thankfully, they don’t suck blood. Instead, their larvae prey on other mosquito larva thus reducing the number of blood-sucking adults in any common area.

Chinese researchers have discovered that trypsin-like serine protease, or Tryp-SPc is the gene responsible for the ability to digest blood. Now researchers hope to find ways to eliminate the mosquitoes or at least reduce their thirst for human blood. When mosquitoes come in contact with a chemical agent that eliminated the expression of Tryp-SPc, they lost interest in blood. Even if they did bite they would have a hard time digesting the blood. 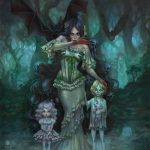