According to this theory, ghosts are actual beings living in one or more parallel dimensions.
The concept of a parallel universe is a fairly complex one.  To put it simply, this theory suggests that there are one or more (perhaps an infinite number) of complete universes co-existing with us on a plane we are generally not aware of.

Thus, when we see an apparition, especially one seemingly from another time and place, it could be that we getting a rare glimpse into another dimension or reality and we are seeing events develop in that plane of existence.

According to the same "string" theory, ghosts might also be the result of time slips, if time is nonlinear. An event that happened in the past might be seen briefly in our time because of a fluctuation in time/space. 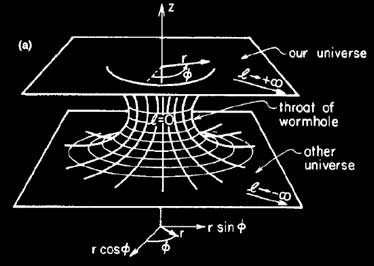