An epidemic is the rapid spread of disease to a large number of people in a given population within a short period of time; in meningococcal infections, an attack rate in excess of 15 cases per 100,000 people for two consecutive weeks is considered an epidemic.

* Some organizations and scientists had recommended calling the coronavirus a pandemic in the weeks prior to the World Health Organization deciding to do so. It is worth noting, however, that there is no clear line distinguishing an epidemic from a pandemic. The latter is, from a public health perspective, worse than the former, but there is sufficient overlap between the two that at certain points consensus is unlikely.

There are many disease responsible for epidemics and massive amounts of dead people : Influenza , Yellow Fever , Smallpox, Typhus, Typhoid, Measles, … . We will focus on the two history’s most virulent killers: Plague and Cholera.

In the 19th century cholera became the world’s first truly global disease in a series of epidemics that proved to be a watershed for the history of plumbing. Festering along the Ganges River in India for centuries, the disease broke out in Calcutta in 1817.

India’s traditional, great Kumbh festival at Hardwar in the Upper Ganges triggered the outbreak. The festival lasts three months, drawing pilgrims from all over the country. Those from the Lower Bengal brought the disease with them as they shared the polluted water of the Ganges and the open, crowded camps on its banks.

Cholera sailed from port to port, the germ making headway in contaminated kegs of water or in the excrement of infected victims, and transmitted by travelers. The world was getting smaller thanks to steam-powered trains and ships, but living conditions were slow to improve. By 1827 cholera had become the most feared disease of the century.

The disease is stunning in its rapidity. The onset of extreme diarrhea, sharp muscular cramps, vomiting and fever, and then death – all can transpire within 12-48 hours.

Acute dehydration turns victims into wizened caricatures their former selves. The skin becomes black and blue, the hands and feet drawn and puckered. The German poet Heinrich Heine described an outbreak in Paris in a letter to a friend: “A masked ball in progress … suddenly the gayest of the harlequins collapsed, cold in the limbs, and underneath his mask, violet blue in the face. Laughter died out, dancing ceased and in a short while carriage-loads of people hurried from the Hotel Dieu to die, and to prevent a panic among the patients were thrust into rude graves in their dominoes [long, hooded capes worn with a half-mask). Soon the public halls were filled with dead bodies, sewed in sacks for want of coffins … long lines of hearses stood in queue…”

We know cholera is caused by ingesting water, food or any other material contaminated by the feces of a cholera victim Casual contact with a contaminated chamberpot, soiled clothing or bedding, etc., might be all that’s required.

The worldwide cholera epidemic was aided by the Industrial Revolution and the accompanying growth of urban tenements and slums. There was little or no provision at all for cesspools or fresh water supplies. Tenements rose several stories high, but cesspools were only on the ground floor with no clear access to sewers or indoor running water. In most cases, barrels filled with excrement were discharged outside, or contents of chamber pots flung from open windows – if there were any – to the streets below. Epidemiologists finally discovered the link between sanitation and public health, which provided the impetus for modem water and sewage systems.

An acute, severe infection appearing most commonly in a bubonic or pneumonic form, caused by the bacillus Yersinia pestis. It killed 200 million people in the 14th century and continues to kill about 3,000 people each year according to the World Health Organization.

The Black Death that killed almost half of the European population is thought to have spread from the arid plains of central Asia. The plague generally left untouched the indigenous nomad population, because rat fleas do not like the smell of horses, with which the nomads lived in close proximity. However, from the mid-thirteenth century, increased commercialisation in Europe opened up silk routes through the steppelands, and the trading posts set up to service this trade formed convenient stepping-stones for infected fleas to break out of the area.

The first known victims of plague were probably a community of Nestorian Christians at Issyk Kul, south of Lake Balkash, whose cemetery explicitly records three plague victims in 1338/9, a year in which there were unusually heavy mortalities. In 1343, it had reached the Black Sea port of Kaffa (Theodosia) in the Crimea. There, a Genoese colony was under siege from a khan of the Golden Horde named Yannibeg, when his army was decimated by an outbreak of plague. Determined to make his enemies suffer the torments of his men, he ordered that bodies of plague victims be catapulted into the city. The Genoese hurriedly dumped these into the sea, but the plague spread anyway. Taking to their ships, the fleeing Genoese carried the plague far and wide. The plague was now set to sweep through the whole of Europe with only a few isolated pockets escaping the disease.

Yersinia pestis (formerly Pasteurella pestis) is a short bacillus that often shows bipolar staining (especially with Giemsa stain) and may resemble safety pins. It usually lives in the fleas of animals, especially wild rodents (eg, rats, mice, squirrels, prairie dogs); it may be acute, subacute, or chronic, and urban (mainly murine) or sylvatic. In exceptional circumstances, Yersinia pestis can live in the human flea. If the lymphatic system becomes overwhelmed, rapid blood poisoning results, and the bacterium spreads to all the main organs including the lungs. Scientists have decoded the genome of the bubonic plague bacterium. Yersinia pestis, has 4,012 genes, and 4.56 million base pairs, which are the rungs of the ladder of the DNA double helix. They said it became so lethal by inserting an unusually high number of genes from other bacteria and viruses into its genome approximately 1,500 years ago.

The disease is transmitted from infected fleas to rodents to humans. Plague is transmitted from rodent to humans by the bite of an infected flea vector. Human-to-human transmission occurs by inhaling droplet nuclei through the cough of patients with bubonic or septicemic plague who have pulmonary lesions (primary pneumonic plague). It was common during the Black Death Period to isolate people who might be contaminated and to burn any object that could carry the poison but plague was rarely spread from person to person by normal viral means, and when it was, it was in such a virulent form that the carrier was usually dead before they could pass the disease on to anyone outside their immediate household.

In endemic areas in the USA, a number of cases have been associated with household pets, especially cats. Transmission from cats can be by bite, or, if the cat has pneumonic plague, by inhalation of infected droplets.

There are 3 varieties of plague: bubonic, pneumonic and septicaemic.

Bubonic is by far the most common. The incubation period is usually 2 to 5 days but varies from a few hours to 12 days. Onset is abrupt and often associated with chills; the temperature rises to 39.5 to 41° C. The pulse may be rapid and thready; hypotension may occur. The victim develops a blackish pustule at the point of the bite. Enlarged lymph nodes appear with or shortly before the fever. Typically, the nodes are extremely tender and firm, surrounded by considerable edema; they may suppurate in the 2nd week. These are the buboes, from which bubonic plague gets its name. The patient may be restless, delirious, confused, and uncoordinated. The liver and spleen may be palpable. Finally, subcutaneous haemorrhaging occurs, causing purplish blotches. The bacilli overwhelm the nervous system, causing neurological and psychological disorders which may go to explain the danse macabre rituals associated with the Black Death..

Primary pneumonic plague has a 2- to 3-day incubation period, followed by abrupt onset of high fever, chills, tachycardia, and headache, often severe. Cough, not prominent initially, develops within 20 to 24 h; sputum is mucoid at first, rapidly shows blood specks, and then becomes uniformly pink or bright red (resembling raspberry syrup) and foamy. Tachypnea and dyspnea are present, but pleurisy is not. Signs of consolidation are rare, and rales may be absent. Chest x-rays show a rapidly progressing pneumonia.

Septicemic plague usually occurs with the bubonic form as an acute, fulminant illness. Abdominal pain, presumably due to mesenteric lymphadenopathy, occurs in 40% of patients. Pharyngeal plague and plague meningitis are less common forms. Pestis minor, a benign form of bubonic plague, usually occurs only in endemic areas. Lymphadenitis, fever, headache, and prostration subside within a week.

The mortality rate for untreated patients with bubonic plague is about 60%, with most deaths occurring from sepsis in 3 to 5 days. Most untreated patients with pneumonic plague die within 48 h of symptom onset. Septicemic plague may be fatal before bubonic or pulmonary manifestations predominate. Today, plague is mostly found in parts of Southeast Asia, Africa and North America.

Rodents should be controlled and repellents used to minimize fleabites. Although immunization with standard killed plague vaccine gives protection, vaccination is not indicated for most travelers to countries reporting cases of plague. Travelers should consider prophylaxis with tetracycline 500 mg .
Immediate treatment reduces mortality to < 5%. In septicemic or pneumonic plague, treatment must begin within 24 h with streptomycin 30 mg/kg/day IM in 4 divided doses q 6 h for 7 to 10 days. Many physicians give higher initial dosages, up to 0.5 g IM q 3 h for 48 h. Tetracycline 30 mg/kg IV or po in 4 divided doses is an alternative. For plague meningitis, chloramphenicol should be given in a loading dose of 25 mg/kg IV, followed by 50 mg/kg/day in 4 divided doses IV or po. A multidrug-resistant strain has been reported from Madagascar.

Routine aseptic precautions are adequate for patients with bubonic plague. Those with primary or secondary pneumonic plague require strict (airborne agent) isolation. All pneumonic plague contacts should be under medical surveillance; their temperatures should be taken q 4 h for 6 days. If this is not possible, tetracycline 1 g/day po for 6 days can be given; however, this can produce drug-resistant strains.

List of the largest known epidemics and pandemics caused by an infectious disease. 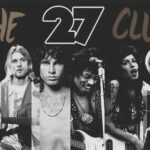 The Messenger of Death 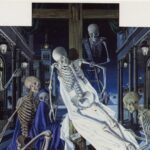