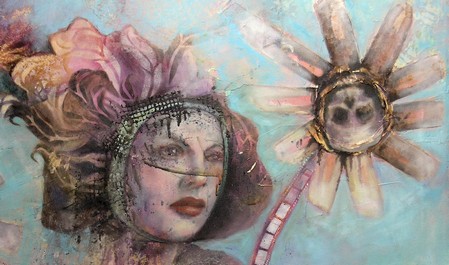 In the Celtic tradition, Queen Mab was also known as Queen Maeve. "Maeve" means mead and it was said that Mab gave this blood red wine to all of her consorts. Mead wine represented menstrual blood which was considered "the wine of women’s wisdom". In Warwickshire, the word "Mabled" came to mean "led astray by the faeries or elves". In Cymric (the Welsh language) Mab was defined as meaning "small child". Additionally, Mab meant "Drunk Woman" and "Queen Wolf".

Mythologically, Mab was the Queen of Connact; the warrior queen of the Ulster Cycle. She was the combined mother/warrior aspect of the Triple Goddess. The Pagan festival of Mabon was celebrated in her honor each year at the Autumnal Equinox. During the festival, those wishing to be King were not endorsed unless Mab invited them to drink of her mead wine. This ensured that the male king would be well versed in feminism and women’s mysteries.

Queen Mab has enticed many to write about her in fiction. Earl Spencer wrote "The Fairy Queen" in which she appeared. One of the most notable references to Mab is in Shakespeare’s Romeo and Juliet. In the play her activity is described in a famous speech by Mercutio written in iambic pentameter, in which she is described as a miniature creature who drives her chariot into the noses and into the brains of sleeping people to compel them to experience dreams of wish-fulfillment. She would also bring the plague in some occasions. She is also described as a midwife to help sleepers ‘give birth’ to their dreams.

Oh, then, I see queen Mab hath been with you.
She is the fairies’ midwife; and she comes
In shape no bigger than an agate stone
On the forefinger of an alderman,
Drawn with a team of little atomies
Athwart men’s nose as they lie asleep:
Her waggon-spokes made of long spinners’ legs,
The cover, of the wings of grasshoppers;
Her traces of the smallest spider’s web;
Her collars of the moonshine’s watery beams;
Her whip of cricket’s bone; the lash of film:
Her waggoner a small grey-coated gnat,
Not half so big as a round little worm
Prick’d from the lazy finger of a maid:
Her chariot is an empty hazel-nut,
Made by the joiner squirrel, or old grub,
Time out o’ mind the fairies’ coach makers.
And in this state she gallops night by night
Through lovers’ brains, and then they dream of love:
On courtiers’ knees, that dream on court’sises straight:
O’er lawyers’ fingers, who straight dream on fees:
O’er ladies’ lips, who straight on kisses dream:
Which oft the angry Mab with blisters plagues,
Beacause their breaths with sweetmeats tainted ares.
Sometimes she gallops o’er a courtiers’ nose,
And then dreams he of smelling out a suit:
And sometimes comes she with a tithe-pig’s tail,
Tickling a parson’s nose as ‘a lies asleep,
Then dreams he of another benefice:
Sometimes she driveth o’er a soldier’s neck,
And then dreams he of cutting foreign throats,
Of breaches, anbuscadoes, Spanish blades,
Of healths five fathom deep: and then anon
Drums in her ear: at which he starts, and wakes;
And, being thus frighted, swears a prayer of two,
And sleeps again. This is that very Mab
That plats the manes of horses in the night;
And bakes the elf-locks in foul sluttish hairs,
Which, once untangled, much misfortune bodes.
This the the hag, when maids lie on their backs,
That presses them, and learns them first to bear,
Making them women of good carriage.
That is she – — Mercutio in Romeo and Juliet, Act I, scene IV 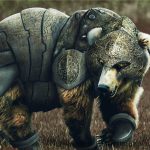 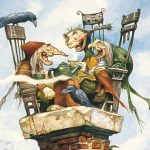