Largely subterranean, pterodactyloid-like hominoids with bat-like wings. Sometimes describes as possessing ‘horns’ and thus are considered very similar to the traditional depiction of the ‘devil’, according to certain individuals who have encountered them.

In general, the Draco are usually seven to twelve feet tall. They are similar in appearance to the Reptoid beings, yet they do have distinct physical differences.

Draco have wings, whereas the Reptoids do not. These wings of a Draco are made of long, thin bony spines or ribs that protrude out of their backs. The ribs are adjoined by flaps of leathery, blackish-brown skin. The wings are usually in a retracted position. In some instances, such as in The Mothman Prophecies, by author John Keel, the Draco beings have been seen to actually fly by use of their wings.

In several contacts, people have seen the reptilian beings wearing a cape draped over their shoulders and down their backs. These observations can explain one of two scenarios: a) These capes may be a piece of clothing specifically designed for covering the Draco wings; or b) As there have also been reptilian contacts in which, after the wings have been seen to extend and then retract, people have said that the retracted wings took on the look of a cape-like material which flowed down the back of the Draco.

The Draco appear to have a much more athletic build than the other reptilian beings. This physical trait may be due to the physical demands required to fly with the use of their wings. Their upper torsos are extremely lean and their neck muscles splay out from the base of their jaw to their shoulder blades.

The Draco reptilian beings are considered the royal elitists of the reptilian hierarchy. The highest order of the Draco caste is the white skinned Draco beings.

Described in “The Mothmen prophecy ” from John A. Keel’s . They have been encountered near underground systems at Mountauk Point, Long Island; Point Pleasant, West Virginia; and Dulce, New Mexico. 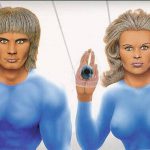 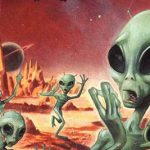