Radio technology and the ability to construct a radio telescope are presumed to be the printmark of technological civilizations, theoretically creating effects that might be detected over interstellar distances. Sensitive observers of the solar system, for example, would note unusually intense radio waves for a G2 star due to Earth’s television and telecommunication broadcasts. In the absence of an apparent natural cause, alien observers might infer the existence of terrestrial civilization.0.

Therefore, the careful searching of radio emissions from space for non-natural signals may lead to the detection of alien civilizations. Such signals could be either “accidental” by-products of a civilization, or deliberate attempts to communicate, such as the Communication with Extraterrestrial Intelligence’s Arecibo message. For many years there have been small unco-ordinated projects to search for evidence to extraterrestrial life. These have been mainly by looking for unexpected radio transmissions using radio-telescopes.

In 1984, NASA funded the “Search for extraterrestrial Intelligence Institute” in Mountain View, Calif. to scrutinize radio signals in the vicinities of nearby sun-like stars in an attempt to detect an alien signal. The Institute today employs over 100 scientists, educators and support staff. A number of astronomers and observatories have attempted and are attempting to detect such evidence, mostly through the SETI organization, although other approaches, such as optical SETI, also exist.

In radio astronomy, a giant dish is pointed to a nearby, sunlike star and tuned to the microwave region of the electromagnetic spectrum. The microwave frequency band, between 1,000 megahertz and 3,000 megahertz (MHz), is ideal because it’s less contaminated with unwanted noise. It also contains an emission line — 1,420 MHz — that astronomers can hear as a persistent hiss across the galaxy. This narrow line corresponds to energy transformations taking place in neutral hydrogen. As a primordial element of the universe, hydrogen should be known to all intergalactic civilizations, making it an ideal marker. Several teams from around the world have been systematically listening to stars across the Milky Way and adjacent galaxies since 196

The three main signal types of interest are:

Dozens of radio dishes that make up the Allen Telescope Array in the mountains of far Northern California have scanned deep space since 2007 for alien signals. The $50 million array was built by SETI and UC Berkeley with the help of a major donation from Microsoft co-founder Paul Allen. Operating the dishes costs about $1.5 million annually. The Allen Telescope Array might however be shutdown since SETI has run out of money for day-to-day operations of the dishes.

CEO Tom Pierson said SETI is trying to secure $5 million in funding to bring the telescopes back online and to study the 1,235 exoplanets found by the Kepler mission.

Several decades of SETI analysis have not revealed any main sequence stars with unusually bright or meaningfully repetitive radio emissions, although there have been several candidate signals. On August 15, 1977 the “Wow! signal” was picked up by The Big Ear radio telescope. 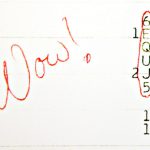