Mary Shelley’s classic defies strict categorization as either Gothic, Romantic or Science Fiction. While containing elements of each, it moves beyond these genres and transcend time. Despite being very much rooted in the Nineteenth Century, it is thoroughly applicable to our current Twenty first Century. Frankenstein: or, the Modern Prometheus has inspired other literary works which typify the genre more closely such as H.G. Wells’ The Island of Dr. Moreau and The Invisible Man. More popularly, Shelley’s novel has inspired robotics sci-fi books and films such as The Terminator.

The 18th century became known as the Age of Reason. The belief developed that humanity could grasp its destiny and build a better world. The idealistic American and French revolutions broke out. The Industrial Revolution led to mass production and faster travel, at the same time that it darkened the urban atmosphere and forced millions to work under severe conditions. In reaction to the forward-looking Age of Reason, the gothic novel developed, set in medieval castles and featuring seemingly supernatural plotlines.

The possibility of a society transformed by individuals seemed less believable. Mary Shelley suffered from this disillusionment, but for different reasons. In his essay on Frankenstein, George Levine discusses the dream Godwin had which inspired the book: "The dreams emerge from the complex experiences that placed young Mary Shelley, both personally and intellectually, at a point of crisis in our modern culture, where idealism, faith in human perfectibility, and revolutionary energy were counterbalanced by the moral egotism of her radical father, the potential infidelity of her husband, the cynical diabolism of Byron, the felt reality of her own pregnancy, and a great deal more" (Levine). The overwhelming reality of Mary’s life was similar to the harsh reality going on in Europe’s political events. 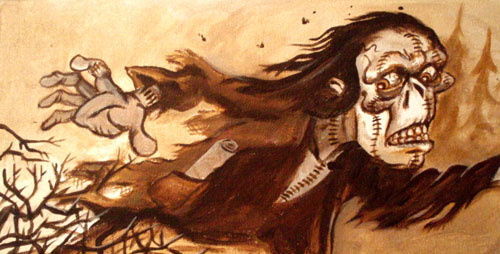 In his study Creature and Creator: Mythmaking and English Romanticism, Paul Cantor claims that Frankenstein and the monster capture “the complex duality of the Romantic soul, the dark as well as the bright side, the violent as well as the benevolent impulses, the destructive as well as the creative urges”.

In common with classic Gothic tales,Frankenstein makes use of the correspondence between theme, character and setting. But the haunted castles and medieval trappings of the classical gothic tales are missing, replaced by experimental science and rationality. Frankenstein transcended Gothic by combining science with the supernatural. Maurice Hindle pretends that Frankenstein is no gothic hero, because he has only assumption and pride. The Monk of Lewis is very similar to Dr Frankenstein, they areboth negative heroes because their passion got the better of them

Like other gothic heroes, Victor Frankenstein is a descendant of Cain, Satan, and Prometheus, heroic in their rebellion but pathetic in their destiny. Their pain and suffering exalt them above the collective and enshrine them in their excruciating settings. Frankenstein’s project can be seen as the ultimate test of the Romantic’s denial of the limits on human creative power. Justifying his efforts to create life in his laboratory, Victor Frankenstein states, “A new species would bless me as its creator and source; many happy and excellent natures would owe their being to me. No father could claim the gratitude of his child so completely as I should deserve theirs”. 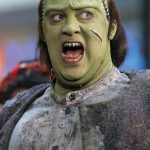