One way that humans have devised for dealing with the tragedy of death and the knowledge of our own mortality is to develop complex visions of what might follow death. Major religions teach the immortality of the soul and put forward an afterlife of reward or punishment; some teach that human souls cycle eternally, life after life. Even though the theories may have many similarities, there are a very few aspects related to death in ancient culture that we could consider as obsolete and horrifying.

The idea that there is a weigh for every action, good and evil and that our self doesn’t extinct with our body is at the root of every civilization. Consequently and as Karl Jung wrote:

In the various mythologies, we also find the same recurring themes regarding what occurs after death especially the the weighing of the heart described in the Egyptian and Tibetan Book of the Dead as well as the judgments appearing in later Greek and Christian traditions. It seems to reflect an archetypal reality that is present in the deep consciousness of many cultures.

Today, science which is based on reproducible experiments, find impossible to base an airtight argument for survival after death upon cultural traditions, apparitions, near death experience, mediumship, possession, cross-correspondences, reincarnation, or xenoglossy — either individually or in combination.

Nevertheless as one investigates the extraordinary depths of the human personality which are illustrated in the range of well-documented survival material, it does become apparent that events and processes do occur which seem to challenge all of our conceptions. 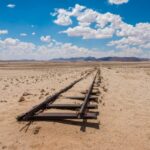