Medically speaking, Violet and Daisy Hilton were conjoined twins joined at the buttocks. The bones of their lower spine were joined and they shared a common blood and nervous system. They would share sensations but usually behave as separate individuals.

They were born to a barmaid, Kate Skinner, in the English town of Brighton on February 5, 1908. Their poor mother had to sold them to Mary Hilton, a midwife, when they were two weeks old. “Auntie” saw early the potential of the sisters to make money. Violet and Daisy Hilton learned to read, write, sing, dance and play music by joining early the circus life. Auntie hoarded all of the girls earnings and kept any and all money away from the girls never allowing them to associate with others. Upon Auntie’s death, the girls were willed to Edith, Auntie’s daughter, and their slavery continued.

At age 17, the girls were headlining large vaudeville productions. Their performances would consist of musical performances and dancing. The audience was rarely interested in the twins musical talent, but rather by the fact that it was a pair of siamese twins performing.

Involved in a divorce suit, they were noticed by a lawyer, Martin J. Arnold, who help them to sue their former guardians for their money and freedom.

Violet and Daisy Hilton went on to become movie stars in Tod Browning’s film, Freaks , and starred in another film named Chained for Life . At the peak of their career, they were said to be earning $5000 a week.

But little is known about their later lives when they retired from show business. In January, 1969, the girls were employed at a North Carolina supermarket. When they failed to report for work for three days, the police was called and found the sisters in their apartment, dead from complications of the flu. 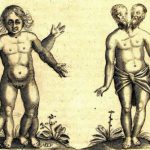 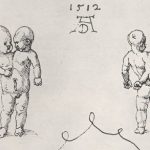