Many of the myths surrounding vampires originated during the medieval period. The 12th-century English historians and chroniclers Walter Map and William of Newburgh recorded accounts of revenants, though records in English legends of vampiric beings after this date are scant. The Old Norse draugr is another medieval example of an undead creature with similarities to vampires.

Christianity can be described by outsiders as a vampiric cult that connotes the idea of its followers drinking the blood of a god that has returned from the dead. And, among its followers who believe strongly in the resurrection of the dead, Christianity is prime soil for sowing the seeds of vampire folklore. 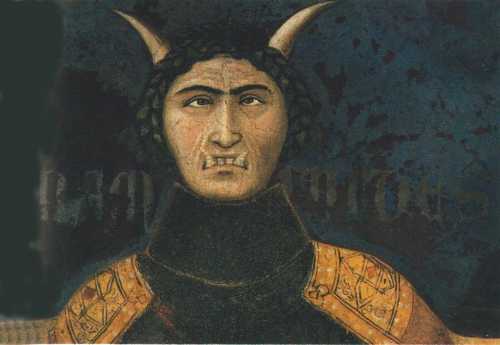 During the Middle Ages the Church adopted the existence of vampires and changed it from pagan folklore to the work of the Devil. In this way it was presumed the Church alone had the power to stop vampires. This is the reason the vampire is suppose to fear the cross. In addition, the cross symbolizes the antithesis to vampire resurrection, the resurrection of Jesus. Those who drink the blood of Christ have the blood of eternal life in their veins. Vampires, on the other hand, are eternally hungry, and can only drink the blood of sin and death, which never satisfies.

The Church deliberately altered the old beliefs to its advantage as it did for other creatures of the pagan folklore. For example, in the 17th Century, theologian Leo Allatius concluded vampires were often the result of excommunication. The Church also taught that the only way to assure that your beloved did not  return as vampires was to make certain they were buried on consecrated ground.  Consecrated ground simply means ground owned by the Church. So, if you wanted your loved ones buried on consecrated ground you had to give your land to the Church. And, although it was never as horrible as the so called "witch hunts," many a perceived "enemy" of the Church was accused of being a vampire and executed.

Three historical characters have been associated with sorcery and vampirism during this time. They have been the subject of hundreds of books and movies and continue to fascinate people 500 years after thir death. Frenchman Gilles de Rais (1404–1440) was a former member of Joan of Arc’s guard and erstwhile Marshal of France. He retired to his lands in Western France and reportedly killed about 200 to 300 children by way of horrifying torture, in order to use their blood to find the secret of the "Philosophers’ Stone". Later, in the 19th century, Joris-Karl Huysmans portrayed him as an authentic vampire in his novel La-Bas.

Also during this time, another historical figure became associated with vampirism. His name was Vlad Tepes Dracula (1431–1476), Prince of Wallachia, an ancient kingdom which is now part of Romania. Both a national hero for liberating his lands form the Ottoman invaders and a bloodthirsty tyrant who ordered thousands of people impaled, Bram Stoker turned Dracula through his infamous novel into the sterotype of the classic vampire.

Countess Elizabeth Báthory (1560 – 1614), remembered as the "Blood Countess", was accused of kidnapping and torturing up to 650 girls to death in her castle and then bathing in and drinking their blood. The number of murders and even her guilt still is debated. 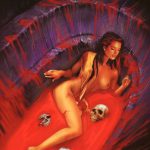