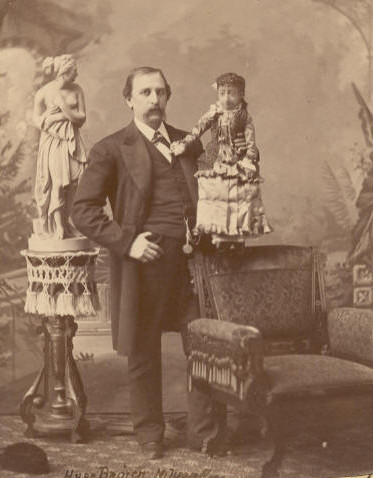 Lucia Zarate was the smallest woman ever recorded. At her birth in 1864 in Mexico, she weighed only eight ounces and was seven inches long. By adulthood she was less than 50 cm tall and weighed less than 2.26 kg, less than a cat.

Unlike dwarves, she was normal in every other way, and was described as bright and animated company. She first came to the US at twelve years old and was one of the highest-paid midgets of all time. She made twenty dollars an hour.

Lucia tragically died in 1890 at 26 from cold when the train she was on became stalled in the Rocky Mountains during a heavy snowstorm.