The Scottish Brothers (1460–1488) were conjoined twins with trunks fused in a single lower extremity who shared common sensations (dicephalus type).

They attended the Court of King James III and were skilled in music and foreign languages. They spoke and read several different languages. They were renowned for their singing grand duets – one would sing tenor and the other bass.

It was said that the two often argued and physically fought, which was probably amazing from such creatures who shared half of a body.

They died at 28, one preceding the other only a few days before. 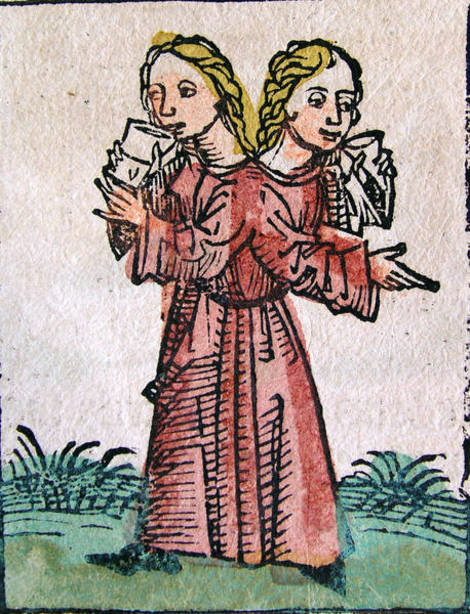