The difference in size ascribed to the race has strangely greatly varied according to time and local customs.

At one time the elves are small enough to creep through keyholes, and a single potato is as much as one of them can carry; at another they resemble mankind, with whom they form alliances, and to whom they hire themselves as servants; while some are even said to be above the size of mortals, giants, in whose lap mortal women are mere infants.

The same peculiarity exists in Teutonic belief. At times the elf is a dwarfish being that enters through key-holes and window-slits; at other times a great tall man. In Scandinavia, the Troll may appear in one tale as a Giant greater than two men and in another as a small dwarf. 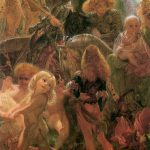 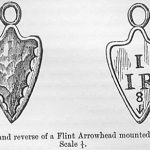