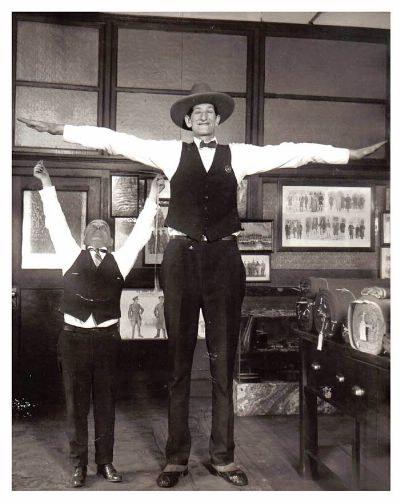 He joined the Barnum Bailey Circus in the mid-20s and played in about nine movies, mainly comedy like Hansel and Gretel (1923) and Jack and the Beanstalk (1924).

Upon retiring from the circus, Jack became a successful traveling salesman and was intensely creative. He painted, sculpted, was a prize-winning photographer and a poet. He even published a book of poetry called The Long Shadows.