In werewolf movies and werewolf literature, werewolves are often depicted attacking their victims for the sheer joy of the slaughter, the ripping and biting at the flesh, tearing at the jugular vein with claws or fangs with surhuman strength. The werewolf is the rage personified that the main character of a story is letting out against his or her will. Once that rage is unleashed, there is no controlling it, and there is no stopping it.

The werewolf appears actually as a symbol for the rage that all people hold inside that most are never able to let out.

This connection to rough or coarse behavior also ties in to modern psychology. In psychological terms, you might think of a person’s struggle with lycanthropy as a struggle to come to terms with — or get rid of — his more primitive nature. When a man becomes a werewolf, his primal instincts take over on his social and civilized nature. 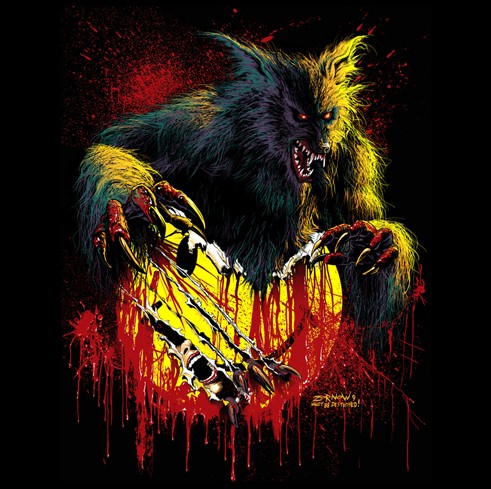 English sorcerer and artist Austin Osman Spare brilliantly structured a system based on belief and loose bonds. Atavistic resurgence is the act of bringing forth primal desires via the subconscious, wherein such desires manifest and sometimes breed into monsters. It is up to the individual to build a great amount of strength to confront, understand and control such energies.

Many lycanthropic urges manifest in violent sexual activity, wherein all honesty is present and a pure aspect of psychic make up is understood. Blood and sexual congress have long been interpreted as animalistic lust, resulting in the creation of psychic bonds between the individuals involved.