In 1968 Frank Holiday proposed that Nessie and other lake monsters such as Morag could be explained by a giant invertebrate, and cited the extinct Tullimonstrum as an example of the shape. He says this provides an explanation for land sightings and for the variable back shape, and relates it to the medieval description of dragons as "worms".

Since much of the undiscovered Earth lies underwater, it is appropriate to assume that there are many creatures unknown to humans. In 1938, a South African fishing trawler caught a strange looking fish called the Coelacanth, which had been extinct for 70 million years.

There had never been a sighting of a Megamouth Shark (Megachasma pelagios) before the first specimen was caught, by accident, in 1976.  Only two skulls of the Indopacific beaked whale (Indopacetus pacificus) were found 29 years and thousands of miles apart. There are no confirmed sightings of the whole animal, alive or dead. The Peruvian beaked whale (Mesoplodon peruvians) was unknown to science until 1976 and not formally described until 1990. No one can state with certainty that the oceans hold no more surprises. 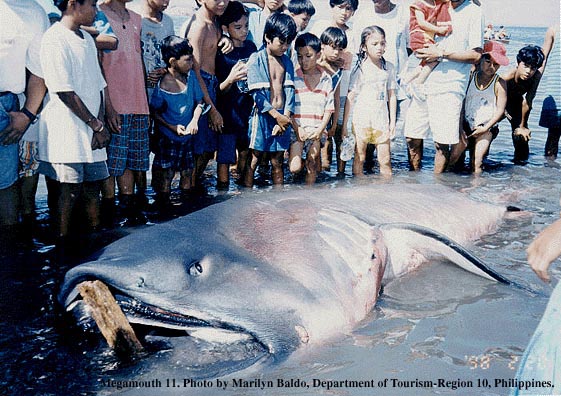