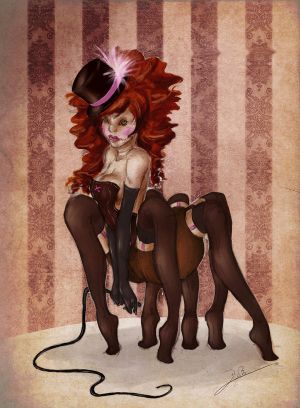 The Ten-in-One freakshow offers a program of ten sequential acts under one tent for a single admission price. The ten-in-one might be partly a freak show exhibiting "human oddities" (including "born freaks" such as midgets, giants or persons with other deformities, or "made freaks" like tattooed people.

However, for variety’s sake, the acts in a ten-in-one would also include "working acts" who would perform magic tricks or daredevil stunts. In addition, the freak show performers might also perform acts or stunts, and would often sell souvenirs like "giant’s rings" or "pitch cards" with their photos and life stories. The ten-in-one would often end in a "blowoff" or "ding," an extra act not advertised on the outside, which could be viewed for an additional fee. The blowoff act would be described provocatively, often as something deemed too strong for women and children, such as pickled punks.

The Single-O freakshow is a single attraction, for example a single curiosity like the "Bonnie and Clyde Death Car" or Hitler’s staff car,  a convincing but artificial monstrosity like the Fiji Mermaid or the Giant Rat, or a geek show often billed as "See the Victim of Drug Abuse."

A Museum freakshow which might be deceptively billed as "World’s Greatest Freaks Past and Present," is a sideshow in which the exhibits are usually not alive. It might include tanks of piranhas or cages with unusual animals, stuffed freak animals or other exotic items like the weapons or cars allegedly used by famous murderers. Some of the exhibits might even be dummies or photographs of the billed attractions. It could still be truthfully billed with the claim "$1,000 reward if not absolutely real — please do not touch or feed the animals on exhibit".

The Single-O and the Museum Show are usually operated as "grind shows," meaning that patrons may enter at any time, viewing the various exhibits at their leisure. 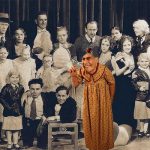