Most historic accounts of undead vampires end with,or at least include, the corpse or corpses being exhumed and found to be in such a condition that the allegations of vampirism seem to be confirmed. The corpse is then of course treated in such a way that the threat is removed.

In quite a number of cases from Central and Eastern Europe in the 18th century, Austrian and Hungarian medical officers witnessed the exhumation and sometimes even performing an on-the-spot autopsy. They were convinced by what they saw and found that the condition of the corpse was unnatural, and they subsequently condoned the actions next taken to destroy the vampire. 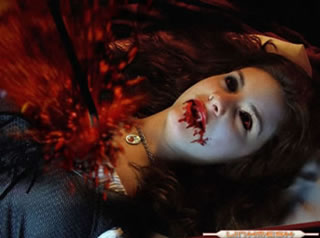 The most general of these "unusual conditions" is simply that the flesh had not decayed.

Other commonly found "unusual" conditions include:

The first to challenge the underlying assumption that these "unusual conditions" are unnatural seems to be the French Dominican abbot, Dom Augustine Calmet. In Chapter 12 of the edition of his Treatise on Vampires and Revenants published in 1753, Calmet wrote:

"Experience teaches us that there are several kinds of earth which will preserve dead bodies perfectly fresh." He goes on to add that in Toulouse there is a vault in a church where corpses were set on either one side or the other. All the corpses on one side remained fresh while those on the other quickly decayed. Calmet even offers a theory of how natural chemicals in the soil could enter the blood vessels of the corpse and cause the blood in them to decoagulate."

"As to the cry uttered by the vampires when the stake is driven through their heart, nothing is more natural; the air which is their confined, and thus is expelled with violence, necessarily produces that noise in passing through the throat. Dead bodies often do as much without being touched."

In the light of this modern empirical data, none of the "unusual conditions" appear to be so unusual. As any undertaker today knows, any corpse will loses its stiffness (rigor mortis) after a certain period of time. Decomposition also contorts the body into positions other than that which it was laid to rest, adding to the illusion that the corpse has been active after death.

Blood can often be seen emanating from nose and mouth, which would give the impression that the corpse was a vampire who had been drinking blood. Blood in the vessels actually does de-coagulute though under chemical and microscopic analysis it is obviously different from truly fresh blood.

The bloating and ruddiness of the corpse is due to gases released by bacteria fermenting material in the intestines and various other material. These gases inflate the torso of the corpse. The staking of a body in that swollen state could not only cause the body to bleed, but also force the accumulated gases to escape the body, producing a groan when they move past the vocal chords, or a sound reminiscent of flatus when they pass through the anus (the official reporting on the Peter Plogojowitz case speaks of "other wild signs which I pass by out of high respect").

Another well-known phenomenon is that after death the skin and gums lose fluids and contract, exposing the roots of the hair, nails, and teeth, even teeth that were concealed in the jaw. This can produce the strange illusion that the hair, nails, and teeth have grown. At a certain stage, the nails fall off, and the skin peels away, as reported in the Plogojowitz case – the dermis and nail beds emerging underneath were interpreted as "new skin" and "new nails".

Above all, modern research has revealed that the rates and ways by which a corpse can eventually decay vary depending on temperature and soil composition, and the time involved can be surprisingly long.

Many more details on this subject can be found in the book Vampires, Death, and Burial by Paul Barber (Yale University Press, 1988). 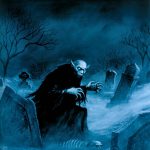 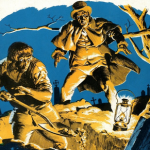 How to prevent vampirism 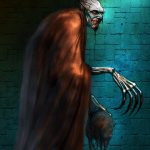