Vampirism is the practice of drinking blood from a person/animal. In folklore and popular culture, the term generally refers to a belief that one can gain supernatural powers by drinking human blood.

The historical practice of vampirism can generally be considered a more specific and less commonly occurring form of cannibalism. The consumption of another’s blood (and/or flesh) can be used to reflect various spiritual beliefs such as gaining the strengh or abilities of the defunct. It may be also used as a tactic of psychological warfare intended to terrorize the enemy.

In zoology and botany, the term vampirism is used to refer to leeches, mosquitos, mistletoe, vampire bats, and other organisms that prey upon the bodily fluids of other creatures. This term also applies to legendary animals of the same nature, including the chupacabra.

In 2010, over 50,000 people addicted to drinking blood have appeared in the psychiatric literature at least since 1892, documented in the work of Austrian forensic psychiatrist Richard von Krafft-Ebing. Many medical publications concerning clinical vampirism can be found in the literature of forensic psychiatry, with the unusual behavior reported as one of many aspects of extraordinary violent crimes.

When vampirism is embedded in a psychopathic personality disorder the potential for extremely dangerous behavior is compounded as seen in the notorious criminal cases. Many of theses cases involve obvious psychosis, however there is a subculture of individuals who practice vampirism out of choice and preference. 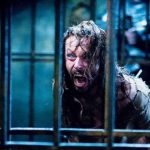 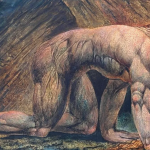