The digging up of a buried body is called exhumation, and is considered sacrilege by most cultures that bury their dead. However, there is often a number of circumstances in which exhumation is tolerated:

Once human remains reach a certain age, many cultures consider the remains to have no communal provenance, making exhumation acceptable. This serves several purposes:

Frequently, cultures have different sets of exhumation taboos. Occasionally these differences result in conflict, especially in cases where a culture with more lenient exhumation rules wishes to operate on the territory of a stricter culture. For example, United States construction companies have run into conflict with Native American groups that wanted to preserve their ancient burial grounds from any form of modern construction.

In folklore and mythology, exhumation has also been frequently associated with the performance of rites to banish undead manifestations. An example is the Mercy Brown Vampire Incident of Rhode Island, which occurred in 1892.

Excarnation consists of exhumating the remnants to give them to animals. It was probably part of the bronze age death rites. Dogs and other scavengers gnawed on human corpses, reducing most of the bones to small fragments in the process.

Since ancient times, Zoroastrians have disposed of their dead by leaving the corpses in the open air, to be devoured by carnivorous birds and beasts. The Towers of Silence (Doongerwadi) have existed in Bombay since 1673. But the disappearance of vultures in India in recent years (decimated by a vaccine that was given to cows) makes thing harder since other birds are far less effective in the process of eating human corpses. While a group of vultures would eat a dead body in the course of the day, ravens will take more than a week.

In these rites, the body is treated one way and additional remains are treated another. For example, in modern, rural, south China, the corpse is buried with ceremony. After enough time has passed for the flesh to decompose, the bones are exhumed, cleansed, ritualized again then reburied.

It is suggested that dual rituals serve dual purposes with the specific purposes varying among cultures. When considering the dual rituals of contemporary Western cremations, it may be that one ritual addresses “community or family problems of social reintegration and the other resolves personal problems of bereavement.

This death ritual was common among Madagascar’s Merina tribe. Every 5 to 7 years, members of the tribe will exhume the bodies of their loved ones, removing their old burial shrouds and wrapping them in new ones.

That’s when the celebration truly begins. After removing the body and rewrapping it, loved ones will essentially party with it. While participants drink and speak amongst one another, many will also take turns dancing with the body.

The festivities last until sunset. Then, they return the body to its tomb.

Every three years, for more than 900 years, the Torajan people of Sulawesi island (Indonesia) dig out the mummified bodies of their loved ones to clean them up, dress them in new clothes, and bury them again. The ceremony, celebrated by all the families in the village, is a key element in their belief system, which combines Christian and indigenous concepts. The idea behind it all is that death is not the end of a person’s life, but rather another step (a very important one) in a long, spiritual life. For this reason, every detail of a person’s death, burial, and afterlife must be carefully seen to, and family members spare no expenses in fulfilling their duties. The resulting ceremonies are so lavish and complex that tourists go from all over the world to witness them. 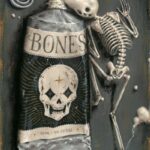 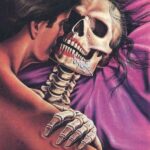 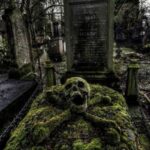 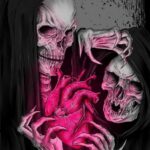 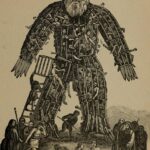