Spiritualism is a monotheistic belief system or religion, postulating a belief in God, but with a distinguishing feature of belief that spirits of the dead residing in the spirit world can be contacted by "mediums", who can then provide information about the afterlife. 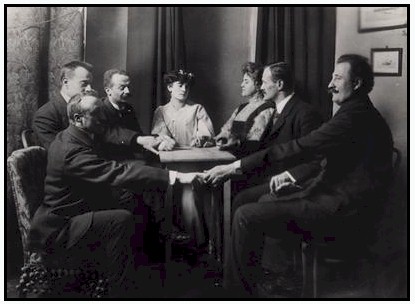 Spiritualism developed and reached its peak growth in membership from the 1840s to the 1920s, especially in English-language countries. By 1897, it was said to have more than eight million followers in the United States and Europe, while the corresponding movement in continental Europe and Latin America is known as Spiritism.

Spiritualists believe in communicating with the spirits of discarnate humans. They believe that spirit mediums are humans gifted to do this, often through seances. They believe that spirits are capable of growth and perfection, progressing through higher spheres or planes. The afterlife is not a static place, but one in which spirits evolve. The two beliefs—that contact with spirits is possible, and that spirits may lie on a higher plane—lead to a third belief, that spirits can provide knowledge about moral and ethical issues, as well as about God and the afterlife. Thus many members speak of spirit guides—specific spirits, often contacted, relied upon for worldly and spiritual guidance.

Anglo-American Spiritualism derives in large measure from the writings of Andrew Jackson Davis and Stainton Moses in the last century, and J. Arthur Findlay in this one.  In its outlines it can be traced back to at least to the great Swedish scientist, psychic, and visionary Emmanuel Swedenborg (1688-1772), who claimed to be able to perceive and communicate with "angels" (disincarnate souls) in "heaven" and "hell".  His voluminous writings became the basis for a new Christian sect; the Church of New Jerusalem or Swedenborgian Church, which gives an esoteric rather than exoteric interpretation to the Bible. 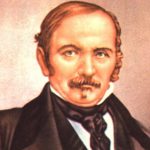