ONE Sunday afternoon in October 1915, schoolgirl sisters Isabella and Robina Houston laughed and played on the landing outside their tenement home.

The First World War was raging and thousands of valiant Renfrewshire soldiers served with the colours overseas.

Coming up the stairs towards the girls was a handsome young man immaculate in the Highland Light Infantry dress uniform of tartan kilt, khaki jacket, glengarry bonnet and white spats. He smiled lovingly at the children.

But, when they got to the landing, no one was there. The proud young ‘kiltie’ had vanished.

Next day, there was a knock at the door. Mrs Houston recoiled in horror when she saw the telegram boy. It meant just one thing.

"We are sorry to say your son, Stuart, died yesterday from wounds sustained at the Battle of Loos," was the melancholy message from the War Office.

The hour of hero Stuart’s death in France was the same time his phantom smiled so lovingly on his dear sisters at the Johnstone stairhead, according to nephew Jimmy Houston Miller, 62, of Benston Place, in the town.

Today, former Thorn and Johnstone High School pupil Stuart, who worked in Lang’s engineering factory in Mary Street before enlisting and was just 19 when he made the supreme sacrifice, rests in peace at Merville Communal Cemetery in France.

We can only surmise that, as his life blood ebbed away, the young hero’s dying thoughts turned homewards with such power that he made one last, lingering appearance in the place and among the people so precious to him during his brief time on earth. 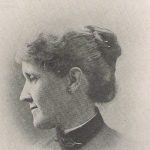 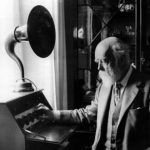